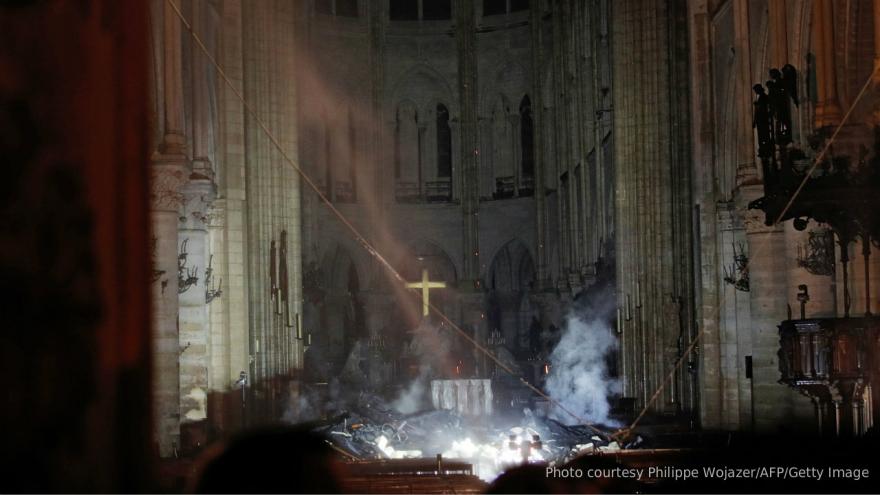 On Tuesday, Apple CEO Tim Cook tweeted that the company will make a donation torestore the iconic 850-year-old cathedral.

"We are heartbroken for the French people and those around the world for whom Notre Dame is a symbol of hope," Cook wrote on Twitter. "Relieved that everyone is safe. Apple will be donating to the rebuilding efforts to help restore Notre Dame's precious heritage for future."

He didn't elaborate on how much Apple is planning to donate. The company did not immediately respond to a request for comment.

Some of France's wealthiest families have spearheaded a fundraising effort to rebuild the Paris cathedral following a massive fire. The effort reached $900 million on Wednesday, according to the French culture minister.

The billionaires behind luxury giants LVMH Group, Kering and L'Oreal on Tuesday promised a total of €500 million ($565 million).

Monday's fire devastated large parts of the cathedral, including its iconic spire. The blaze was extinguished after nine hours.