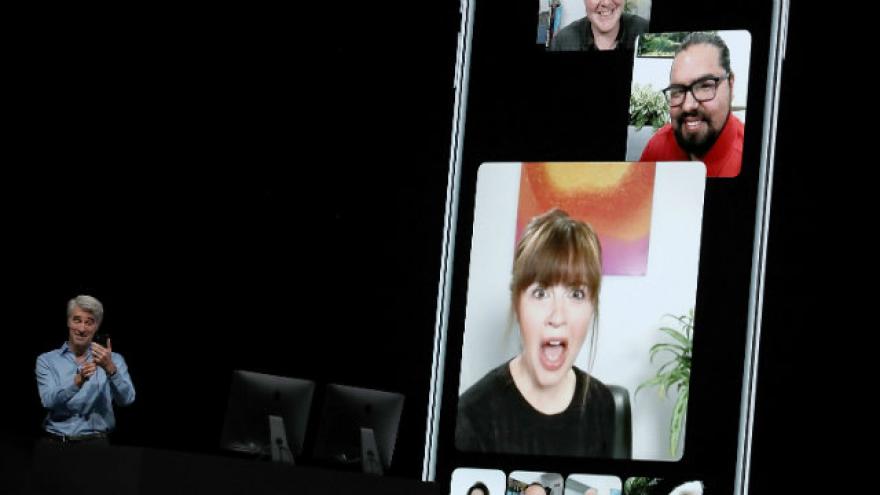 The software updates -- iOS 12.1.4 and macOS Mojave 10.14.3 -- were rolled out to iPhones, iPads and Mac computers on Thursday, nine days after videos of the bug in action went viral on social media.

A person could exploit the glitch to hear live audio on another other person's phone, even though the recipient had not accepted the FaceTime call. In some cases, the bug could also show live video of the other person if they pressed a volume button to dismiss the call.

Apple said it will compensate 14-year-old Grant Thompson and his family for flagging the bug more than a week before it attracted national attention. The company, which didn't reveal how much the reward would be, said it will also contribute money toward his education.

While investigating the bug, Apple discovered another security issue involving Live Photos on FaceTime. The company did not specify what the bug was or how it worked, but the new updates fixes that issue. Apple disabled the use of LivePhotos in FaceTime on devices that have not yet been updated.

To install the software updates on iOS devices, go to Settings -> General -> Software Updates and tap "Download and Install." On a Mac, open the App Store and go to the Updates section.

If you disabled FaceTime, you'll have to turn it back on in Settings to resume using the feature.

The bug was first reported by 9to5Mac on January 29 after people began sharing videos of it in action on social media. Apple disabled the Group FaceTime feature later that day for all users while it worked on a software fix for the issue. The bug worked on iPhones and iPads running iOS 12.1, and Apple PCs running macOS Mojave, which recently added the Group FaceTime feature.

"Today's software update fixes the security bug in Group FaceTime. We again apologize to our customers and we thank them for their patience," an Apple spokesperson said in a statement. "In addition to addressing the bug that was reported, our team conducted a thorough security audit of the FaceTime service and made additional updates to both the FaceTime app and server to improve security"

Thompson, a high school freshman in Arizona, discovered the flaw on January 19 while trying to start a FaceTime group chat with his friends. His mother Michele Thompson tried to warn Apple about the issue by calling, emailing, tweeting at, and even faxing the company, but Apple did not publicly address the problem until was shared online by other iPhone users.