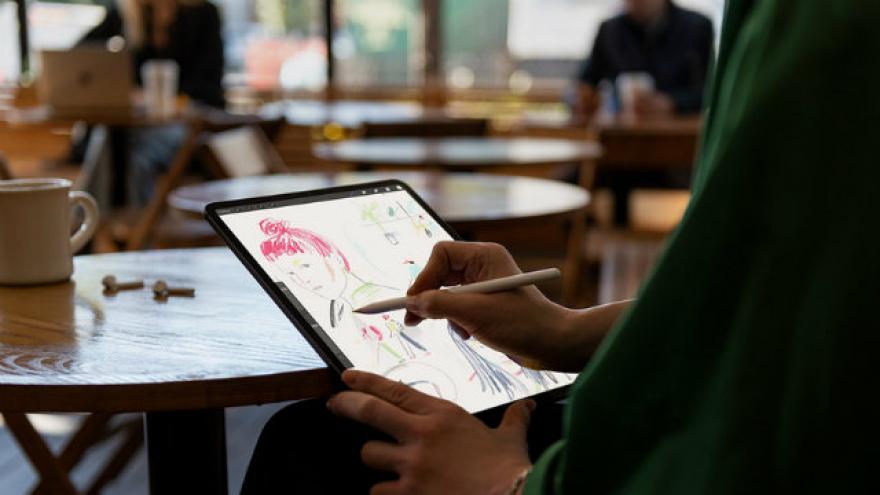 Apple on Monday quietly announced new versions the iPad Air and iPad mini, the company\'s the first refresh for those products in years. Photo courtesy Apple

(CNN) -- Apple on Monday quietly announced new versions of the iPad Air and iPad mini, the company's first refresh for those products in years.

Typically Apple creates fanfare around the arrival of new hardware. But this year it wants the focus of its upcoming spring press event to be on its rumored streaming service. That's why the company let the world know about its new iPads in a press release.

The iPad Air comes with a bigger 10.5-inch display (starting at $499), and the iPad mini has the same 7.9-inch screen (starting at $399). The devices support the Apple Pencil for the first time and a processor that's three times faster than the previous models.

The iPad mini will mostly serve as an entertainment device, likely to attract students and teenagers, while the lightweight iPad Air replaces the 10.5-inch iPad Pro.

The iPads don't offer any revolutionary experiences and probably won't move the needle too much in terms of sales. However, they may appeal to consumers looking to adopt some of the functionality of a higher-end iPad Pro, according to Ben Stanton, a senior analyst at Canalys.

"What they have done, specifically the iPad Air, is adopt technology like the Smart Keyboard and Apple Pencil, which used to be exclusive to the iPad Pro," Stanton said. "Now that iPad Pro has been redesigned with slim bezels and rounded-edges, its previous exclusive features can trickle down to cheaper price points. This is especially savvy of Apple because it stands to benefit from greater revenue from accessories as products like Smart Keyboard and Apple Pencil become more accessible."

Apple was widely expected to tease the iPads ahead of its spring event on March 25, indicating the company is more open to unveiling non-critical hardware updates without so much spectacle.

"Apple wants to get the iPad out of the way so it can hold its first event truly focused on streaming," Lauren Guenveur, senior research analyst at IDC told CNN Business. "If Apple announced new Pads, it would turn into a hardware event, and that's not what it wants."

Tablet shipments have declined in the past few years, especially among devices that don't come with a keyboard. "Perhaps what's the point for having an event for a declining category?" Guenveur added.

Guenveur believes the new 10.5-inch iPad Air could struggle to find a place in the market considering the 11-inch iPad Pro is still a more powerful option that also supports the pencil. The iPad Mini, however, could push a decent amount of people to upgrade.

"There is certainly a market for the iPad Mini, especially among students and teens, but I don't know for how long the upgrade cycle for it will be,' Guenveur said. "I suspect it will do very well for one large upgrade cycle for the rest of the year and then slowly drop off."