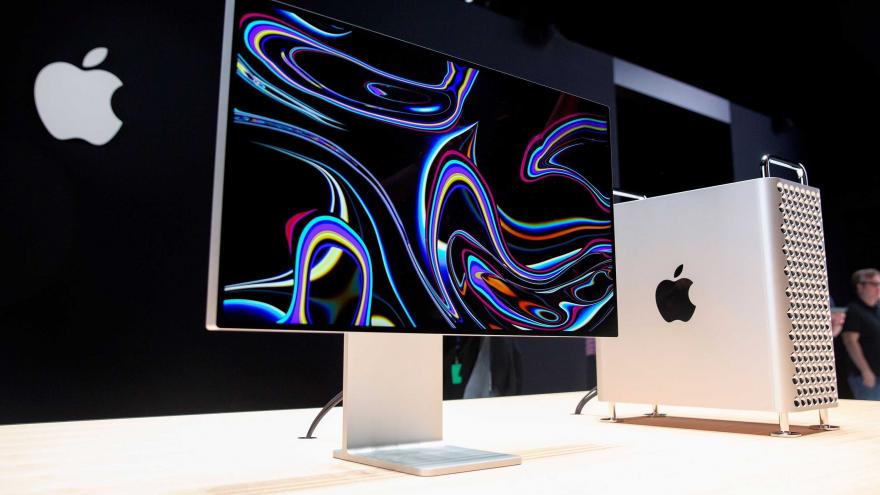 (CNN) -- Apple's new Mac Pro is about to go on sale. The top-of-the-line Mac, anticipated by power users for its jaw-dropping specs, and by Apple design fans for its cheese-grater-like appearance, will be available for preorders beginning Tuesday.

It's the computer's first update in six years and it looks drastically different than its predecessor. Apple ditched the previous "trash can" cylinder design for a more traditional tower shape that has several holes for cooling and a handle on top. The computer is loaded with a 28-core Intel and 1.5 TB of system memory.

It comes at a cost: $6,000 for the computer alone. Cusotmers can also have to buy the 32-inch 6K retina LCD display, called the Pro Display XDR, for an additional $4,999. There's also a $999 monitor stand, but the computer can be used without it if you lean the monitor against the computer or purchase a mount adapter.

The computer could cost more than $52,000 if a shopper chooses all the high-end options and pre-installed software. For example, Apple is selling 1.5 TB of memory that costs an additional $25,000.

Apple first showed off the Mac Pro at its World Wide Developers Conference in June. Although it preorders will be available Tuesday, when it will actually ship remains unclear.

The computer is built in the United States because of a federal tariff exclusion it received for several key parts of the device. Over the summer, reports indicated Apple might move assembly of the product from a Texas plant to China because of the US-China trade war.

President Donald Trump toured the plant in November, where he falsely claimed he "opened" it despite the fact that Apple has been making the Mac Pro at the Austin facility since 2013.