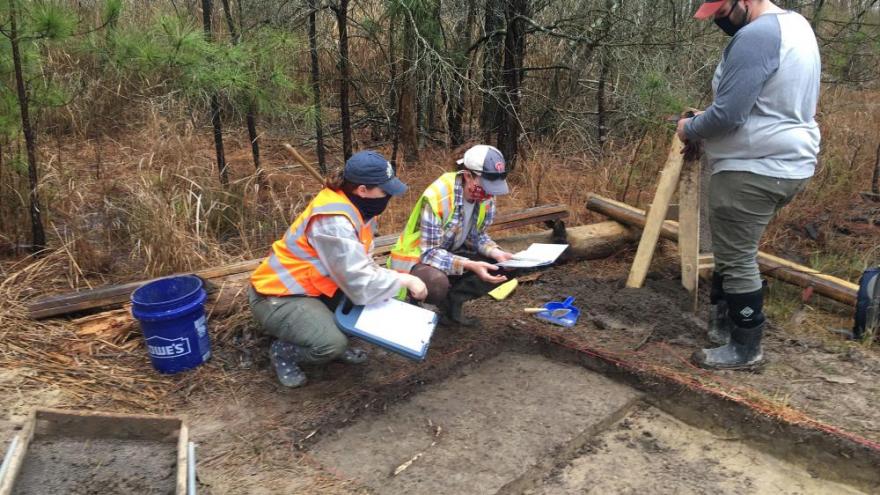 Archaeologists working in a remote, marshy site on Maryland's Eastern Shore say they've found the site of the home where Ben Ross, the father of famed abolitionist Harriet Tubman, once lived.

Maryland Lt. Gov. Boyd Rutherford announced the discovery at a news conference on Tuesday, along with state and federal officials and the archaeologists from the Maryland Department of Transportation (MDOT), which made the find.

The site was found in a newly acquired section of the Blackwater National Wildlife Refuge, which is just a few miles away from the Harriet Tubman Underground Railroad National Historical Park.

Tubman was born into slavery in Maryland around 1822 and escaped in 1849 to Philadelphia, where she became an operator of the Underground Railroad, according to the Tubman Byway. She made approximately 13 trips back to Maryland over a decade and helped about 70 people escape slavery.

She is believed to have spent her early years at the site, where her father worked for several years selling timber that was transported to shipyards in Baltimore by freed Black mariners, Rutherford said.

"Harriet Tubman worked alongside her father as a teenager and historians believe Tubman learned how to navigate the land and waterways she would later traverse to lead enslaved people to freedom," Rutherford said.

Slave owner Anthony Thompson left the 10 acres of land to Ross in his will and ordered that he be freed five years after his death in 1836, according to a news release from the Maryland Department of Transportation. The property was known in the 1800s as "Ben's 10," it said.

MDOT Chief Archaeologist Julie Schablitsky said they used those records to try to narrow down the location of the home.

"After digging a thousand holes, I was getting a little frustrated, I was like 'where is this place?'" she said.

She decided to get out a metal detector and quickly found an 1808 half dollar coin.

"And this to me was my clue that we were getting close," Schablitsky said, adding that 1808 was the year that Tubman's parents got married and started their family.

They also found some ceramics in the area, before they ended their search.

She said the archaeologists came back last month and found more artifacts, including drawer pulls, shirt buttons, and pipe stems that dated to the early to mid-1800s, which is when Ross lived in the area.

Schablitsky said they also found a brick that Ross probably used as part of his cabin's foundation.

She said they've just begun to excavate the site and they hope to learn more about how Ross lived.

Schablitsky said it's a race against time because rising waters in the region threaten to overwhelm the site. She said water seeps into their holes as they're digging for artifacts.

They did not reveal the exact location of the site and said it is closed to the public to prevent it from being disturbed.

Schablitsky said that she had sent photographs of their discoveries to Ross's and Tubmans's descendants during the dig, so they could learn more about their ancestors' lives.

"It means so much to the family to be able to see all of this," Wyatt said.

"The other thing that is so wonderful about it is that it's pretty much untouched since the time that she was here, that he was here, so we're able to really see what she saw, hear what she heard," Wyatt said.