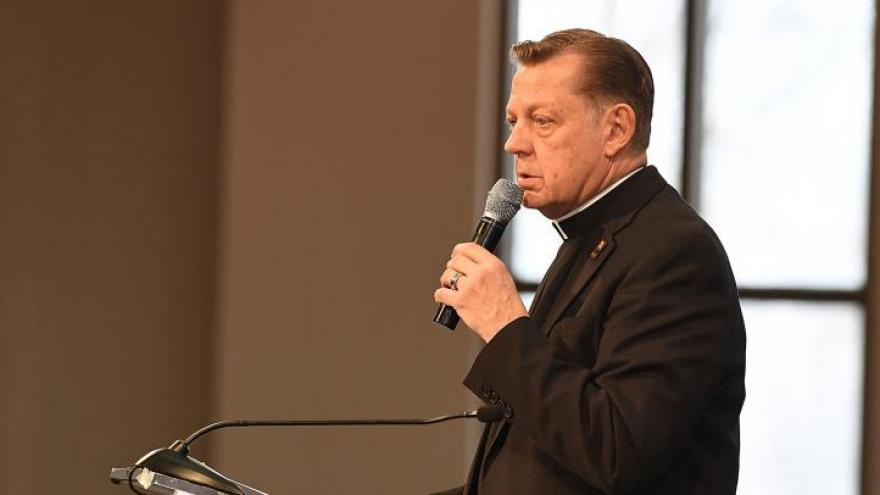 The Rev. Michael Pfleger, the senior pastor of the St. Sabina parish in Chicago, will be reinstated to active ministry. Pfleger is shown speaking onstage at 2017 The Martin Luther King, Jr. Annual Commemorative Service at Ebenezer Baptist Church on January 16, 2017 in Atlanta, Georgia.

Pfleger, a longtime activist on Chicago's South Side, has gained a national reputation for speaking out on policing, gun violence, community inequality and other issues.

Three men have alleged they were sexually abused by the priest in the 1970s.

"I am innocent of those charges and accusations," Pfleger said Monday on the steps of his church. "And I cannot tell you how grateful I am to God and to all those who prayed for me and supported me through this painful time."

Cupich, the archbishop of Chicago, said in a letter to the church community that an independent review board reviewed the cases and found "insufficient reason to suspect Father Pfleger is guilty of these allegations."

Pfleger will return to his position the weekend of June 5, the letter said.

In January, two men, brothers now in their 60s, accused Pfleger of sexual abuse, alleging it began in the early 1970s when they were 12 or 13. One of the brothers said he sought refuge at the church to escape from a difficult upbringing and the dangers of Chicago's West Side.

In March, a third man accused Pfleger of sexual abuse, according to an affidavit provided to CNN by an attorney for the two other men.

Reached by phone Monday, the attorney for the two brothers who accused Pfleger of abuse said his clients were "incredibly disappointed" by Monday's decision, and that they weren't expecting this outcome after cooperating fully with the review board and presenting them "with a mountain of evidence."

Eugene Hollander said the brothers took and passed polygraph tests and also offered to travel to Chicago to appear personally before the review board, but the in-person appearances never took place.

"We respect the review board, but don't understand how they came to that conclusion," Hollander told CNN.

Hollander also said he will be speaking with his clients in the near future to discuss the possibility of filing a lawsuit.

Pfleger said he spent the time away at one-bedroom apartment in Chicago, and during his suspension he went through many emotions -- anger, depression, frustration -- but he never lost faith.

He said he was moving back onto church property Monday. He will celebrate his first Mass June 6, he said.

He will get more aggressive in his fight against gun violence, Pfleger said.

"We are going to continue to fight every injustice we see," he said. "Tomorrow is the anniversary of the death and the murder of George Floyd in Minnesota, and yet racism, injustice, unemployment, food insecurity and bigotry and prejudice continue to reign in this country. Let's get back to work."