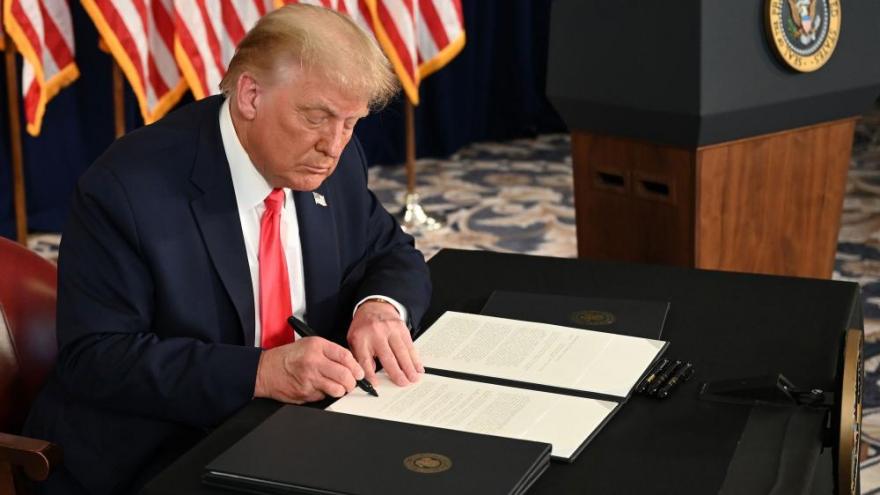 About 400,000 Arizonans collected a total of $201 million in benefits as of Thursday, including the beginning of retroactive payments for the weeks ending August 1 and August 8, according to the state's Department of Economic Security.

Some 21 states have applied for lost wages assistance grants, and at least 14 have been approved so far, according to the Federal Emergency Management Agency, which is administering the program. In addition to Arizona, they include Colorado, Idaho, Iowa, Kentucky, Louisiana, Maryland, Michigan, Missouri, Montana, New Mexico, Oklahoma, Texas and Utah.

Trump announced on August 8 that he would redirect $44 billion in federal disaster aid to provide the jobless with $300 a week if states put up an additional $100. After cash-strapped states complained, the Department of Labor said they could count their existing unemployment payments toward the required match.

At least two states, Kentucky and Montana, said they would add $100 to the federal enhancement, for a total of $400 a week.

The President's executive action came after Congress was unable to agree on extending its historic $600 federal supplement, which the jobless received for four months as part of the $2 trillion coronavirus relief package lawmakers passed in late March. The extra payments expired July 31.

But it could take several weeks before other unemployed Americans see any money because states have to set up new systems to administer the program, as it's not part of the traditional unemployment program. Some states have said it could take up to six weeks to launch, John Pallasch, an assistant secretary in the Department of Labor, told reporters in a conference call Thursday.

FEMA said it will initially send states three weeks of funding and then make additional disbursements until the allotment runs out. The money is expected to provide only four to five weeks of supplemental payments; it will depend on how many states apply and how quickly the funds are drawn down, Keith Turi, FEMA's assistant administrator for recovery, said on the call.