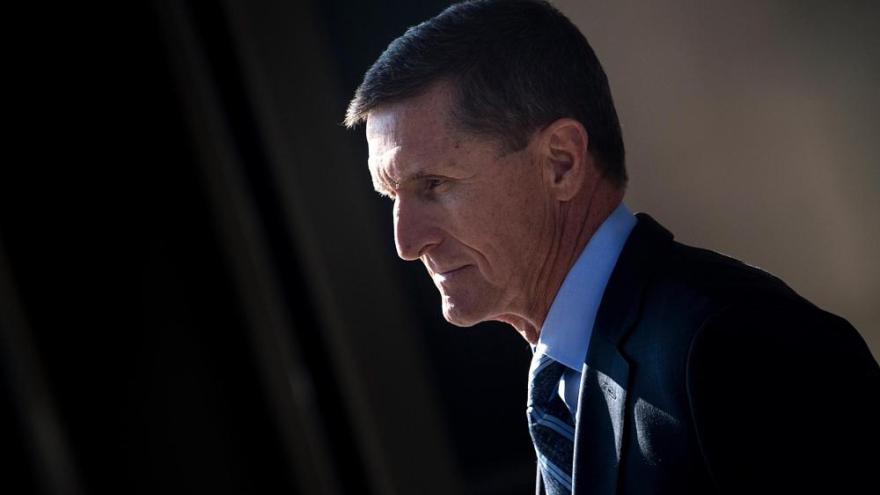 The Army wrote to Flynn in May saying it would seek to recoup $38,557 from him for payments he received in 2015 related to RT, when Flynn was paid through a speaker's fee to travel to Russia and to speak at a conference hosted by the Russian state media organization. At the conference, Flynn was seated next to Russian President Vladimir Putin.

The Army letter to Flynn was reported by The Washington Post and confirmed by CNN.

The Army's acting principal deputy general counsel wrote that Flynn failed to obtain required approval from the military "before accepting compensation from an entity substantially owned or controlled by a foreign government in violation of the Emoluments Clause of the Constitution."

"When there is a finding that a military retiree has violated the Emoluments Clause, the United States Government may pursue a debt collection," the Army letter said.

Flynn did not respond to a CNN request for comment. In May comments to conservative site Just the News, Flynn called the Army's investigation into him a "persecution and harassment and embarrassment."

The Army inspector general last year took up an investigation that began in 2017 about foreign payments Flynn had received after his retirement from the Army, according to a memo released under the Freedom of Information Act.

The January 2021 memo detailed that Flynn received $11,000 from an entity that appeared to be controlled by the Russian government when he appeared at a conference hosted by Russian security firm Kaspersky Lab, and that he received nearly $34,000 for his 2015 appearance at the RT conference.

In addition, the inspector general wrote that Flynn received more than $400,000 from Inovo BV, a Dutch company with ties to the Turkish government, for consulting services in 2015. Flynn's company retroactively registered under the Foreign Agents Registration Act in 2017 for its work with Inovo.

The inspector general wrote the Army and State Department had no record of requests for approval for Flynn to receive the payments.