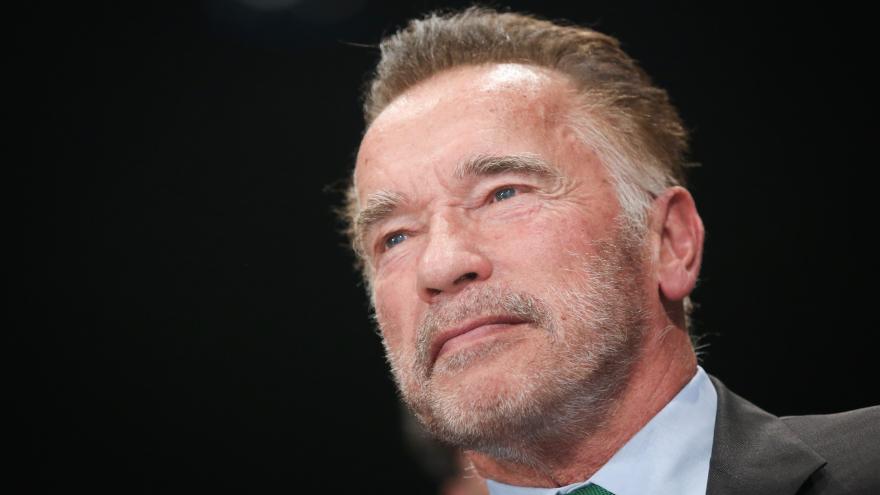 (CNN) -- Arnold Schwarzenegger was attacked on Saturday during his visit to South Africa.

The 71-year-old actor and former California governor was in the country for Arnold Classic Africa, a multi-sport event held in Johannesburg each May.

A video shows Schwarzenegger on the sidelines filming a rope-skipping competition on a phone. As he turns back around to hand the phone over, a man runs from behind and jump-kicks Schwarzenegger in the back.

Security quickly grabbed the man and took him away. A few moments later, a person can be heard repeatedly shouting, "Help me! I need a Lamborghini!"

Schwarzenegger did not seem fazed. The video shows him leaving the venue soon after, and a few hours later, he posted a video of himself on Twitter greeting fans like nothing happened.

"Make sure to tune into my @Snapchat to see all 90 sports we have here at the @ArnoldSports Africa! Fitness is for everyone."

Eventually Schwarzenegger addressed the incident and reassured everyone he was fine.

"Thanks for your concerns, but there is nothing to worry about. I thought I was just jostled by the crowd, which happens a lot. I only realized I was kicked when I saw the video like all of you. I'm just glad the idiot didn't interrupt my Snapchat," he wrote on Twitter.

Schwarzenegger also asked fans to take focus off the man who attacked him by instead sharing videos of the young athletes at the festival.

"Do me a favor: instead of sharing the video of the guy who wants to be famous, watch some of our @ArnoldSports athletes like this young hero proving that fitness is for everyone who deserve to be famous. They're on my Snapchat," he wrote.