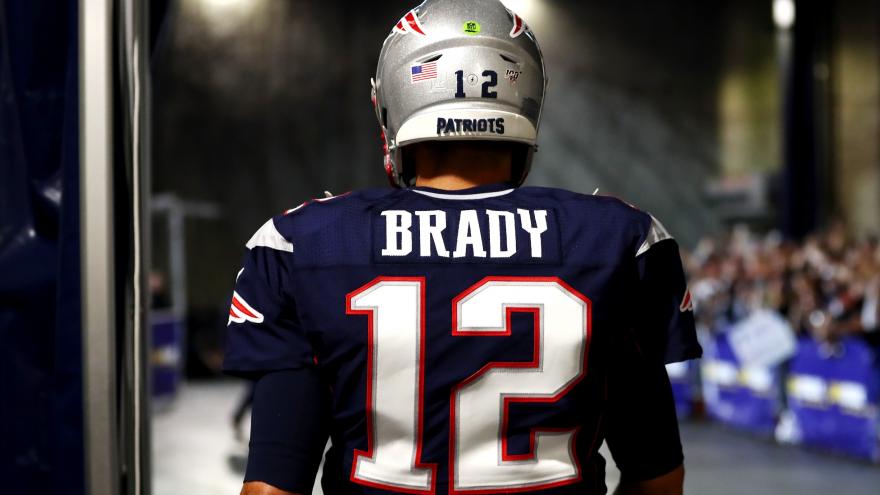 (CNN) -- You don't have to be a player for the New England Patriots to make an important interception.

The Foxborough Police Department in Massachusetts arrested 33-year-old Zanini Cineus on Thursday and charged him with stealing memorabilia from an exhibit inside the Patriots' Hall of Fame.

Among the stolen goods was a game-worn Tom Brady jersey, which Cineus was wearing underneath his jacket when police located him, according to police.

But wearing the jersey apparently didn't give Cineus any of Brady's stellar movement in the pocket. Police and security personnel located Cineus in the parking lot of Patriot Place, a shopping center near Gillette Stadium that includes the Patriots Hall of Fame.

Cineus was then taken into custody, charged with larceny and later taken to Wrentham District Court for arraignment, police said.

This isn't the first time someone has tried to steal Brady's jerseys. In 2017, two of Brady's Super Bowl jerseys from 2015 and 2017 went missing. They were later recovered by Mexico's federal police and the FBI at the home of a former newspaper editor in Mexico City.