Arrest made in the Fair Oaks Farms animal cruelty case 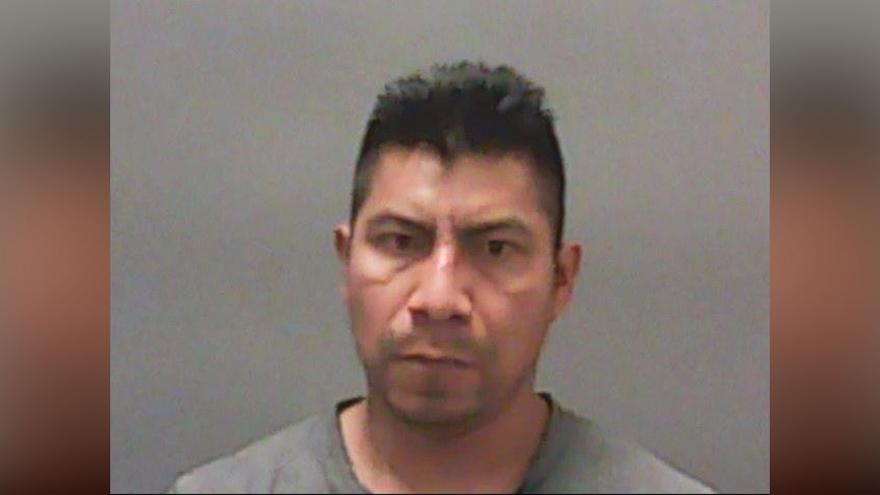 Edgar Gardozo-Vasquez, 36, of Brook, Indiana, was taken into custody on charges of animal cruelty, a misdemeanor, and torturing or mutilating a vertebrate animal, a felony. Source: Newton County Sheriff\'s Office
By Rebekah Riess, Amanda Jackson and Michelle Lou, CNN

(CNN) -- One suspect has been arrested in connection with the animal cruelty investigation at Fair Oaks Farms, after an undercover animal welfare investigator released video of employees abusing calves, the Newton County Sheriff's Office announced on Wednesday.

In the video from inside Fair Oaks Farms, the biggest dairy producer in Indiana, employees appear to be kicking, pushing and slamming newborn calves to the ground.

Edgar Gardozo-Vasquez, 36, of Brook, Indiana, was taken into custody on charges of animal cruelty, a misdemeanor, and torturing or mutilating a vertebrate animal, a felony. The Sheriff's Office says there are still outstanding warrants for two other suspects in the case, Santiago Ruvalcaba Contreros and Miguel Angel Navarro Serrano.

The graphic footage came from an Animal Recovery Mission (ARM) investigator who gained employment working with calves at Fair Oaks Farms. After the video surfaced, the Newton County Sheriff's Office launched an independent investigation into allegations of animal cruelty.

Gardozo-Vasquez is currently being held at Newton County Jail and has an Immigration Customs Enforcement hold, according to the sheriff's office.

CNN attempted to seek comment from Gardozo-Vasquez, but it was unclear if he had legal representation.

"I am disgusted by and take full responsibility for the actions seen in the footage, as it goes against everything that we stand for in regards to responsible cow care and comfort," McCloskey wrote in a Facebook post. "The employees featured in the video exercised a complete and total disregard for the documented training that all employees go through to ensure the comfort, safety and well-being of our animals."