As Walmart shooter aimed deliberately at his victims, the store manager hustled to save lives 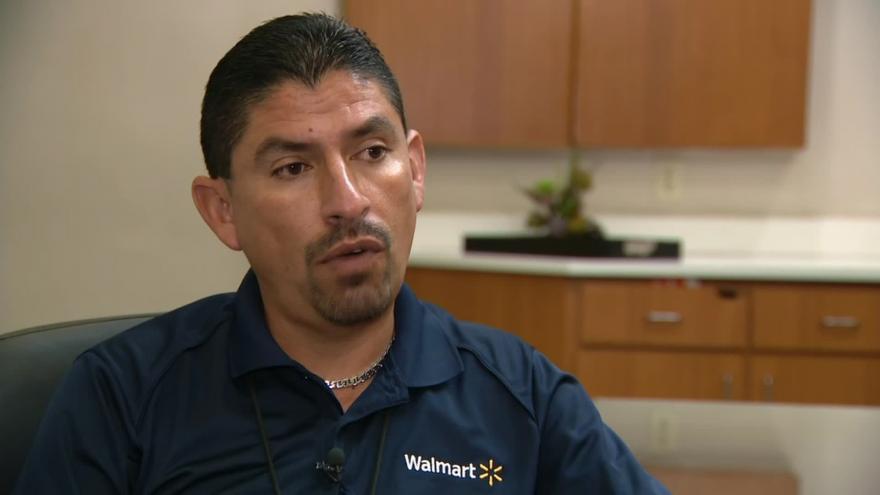 (CNN) -- At first, Robert Evans didn't see the shooter. He heard a gunshot. And like others standing outside the El Paso Walmart Supercenter, he scanned the parking lot, unsure of what was happening.

Then he saw the man, who authorities say wanted to shoot Mexicans, firing at a group of people holding a fundraiser for a girls' soccer team.

"From what I saw he seemed like he was, he knew what he was shooting. He was very defined, looked very focused," Evans, the Walmart manager, told CNN on Friday. "It wasn't just a spray of gunfire. These were direct shots."

Evans was standing by one of the store's two entrances, checking emails on his phone when the gunfire began. He saw a person fall in the parking lot and one killed at the fundraiser site, in between the two doorways to the Walmart.

The native El Pasoan and longtime Walmart employee went in the store, yelling out there was an active shooter and calling a Code Brown on the store radio.

"I just wanted to save as many people (as I could) and get people notified that there was danger," he said. "There was danger coming this way."

Walmart has two active shooter training methods, he said. One is done in a virtual reality setting and another is computer-based.

He shepherded people to the back of the store, pointing out the doors and telling people to burst through them and run to the nearby mall. He tried to get people to use different routes, so as not to clog the exits.

Outside the auto center, Evans said he found a man who was lying on the ground, shot in the back. An associate volunteered to stay with the man, even though no one knew what direction the gunman was headed, he said. And all the emergency responders were driving up to the front of the store.

Eventually someone in a pickup ferried the man around to an ambulance. Evans said he thinks the man survived.

Evans said he circled back to the front of the building after some customers told him an elderly couple had been shot in their car.

He saw the bullet holes in the car windows. The woman was shot in the face and was unresponsive, Evans said. The man was moaning and was bleeding from his back, he said. It looked like the couple in the car was trying to escape the gunfire when it came to a rest.

"It appeared that he was trying to drive away from harm's way," Evans said.

Walmart has set up an off-site location where employees can go and get counseling.

"They saw some pretty horrific things, that are going to be embedded into their mind and their life and impact their life in some way," Evans said.

Fortunately no employees were killed, but two were wounded.

Evans said he will return to the store where he has spent seven of his 21 years with the company.