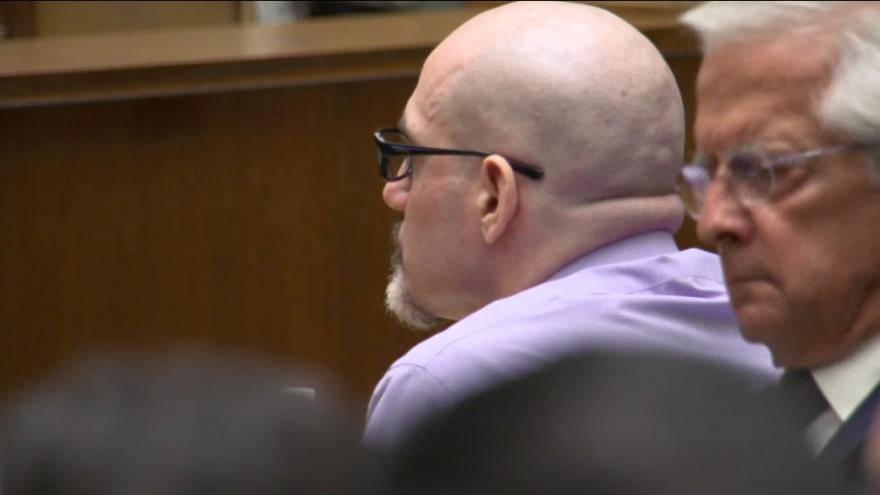 (CNN) -- The trial of accused serial killer Michael Gargiulo began in Los Angeles on Thursday, as lawyers for the prosecution and the defense framed their arguments in the case of the so-called "Hollywood Ripper."

According to court documents, Gargiulo, 43, has been charged with the murders of Ashley Ellerin and Maria Bruno, in addition to the attempted murder of Michelle Murphy in 2008. He faces a maximum sentence of life without the possibility of parole.

In his opening statement Thursday, Deputy District Attorney Dan Akemon painted a picture of a vicious killer who charmed his victims as a helpful neighbor and handyman before he broke into their homes and stabbed them to death, CNN affiliate KABC reported.

"His hobby was plotting the perfect opportunity to attack women with a knife in and around their homes," he told the jury.

Prosecutors have compiled a list of nearly 250 potential witnesses -- a list that includes actor Ashton Kutcher, who went to the home of one of Gargiulo's alleged victims the night she was killed.

Gargiulo is accused of murdering Ashley Ellerin the night of February 21, 2001, court documents said. That night, according to prosecutors, Ellerin missed a date with Kutcher, who had invited her to an after-party for the Grammy Awards.

When she didn't show up, Kutcher went to Ellerin's home and peered inside.

"Mr. Kutcher looked in the window and saw what he thought was spilled wine on the floor," Akemon told the jury, according to KABC. "We believe now the evidence will show that was actually blood, and Ashley had already been murdered." She had been stabbed 47 times.

"I can assure you at the conclusion of that presentation of evidence, you'll not find one single bit of physical evidence attributed to Ms. Ellerin's death," Nardoni said, per KABC.

CNN has reached out to Nardoni for comment, but has not heard back.

Gargiulo was also linked to the murder of Maria Bruno, whose ex-husband discovered her mutilated body in 2005, KABC said.

Prosecutors alleged Gargiulo's first victim was 18-year-old Tricia Pacaccio, who was killed in 1993 in Chicago when Gargiulo was just 17.

But it wasn't until 2008 that Gargiulo accidentally cut himself when he allegedly attacked Michelle Murphy, KABC reported, allowing investigators to link his DNA to the other killings.

Murphy is expected to testify on Monday, according to Greg Risling, a spokesman for the Los Angeles County District Attorney's Office.