Assaults, vandalism and harassment targeting Jewish communities and people are higher than ever, audit shows 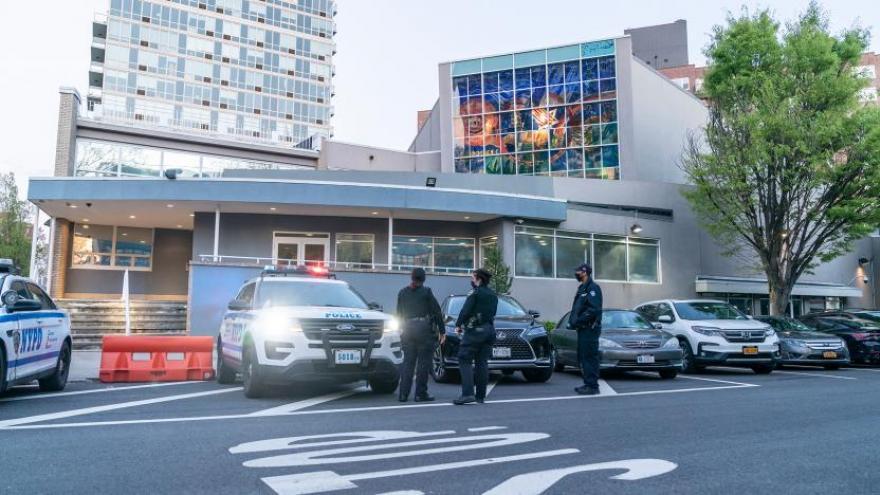 The Riverdale Jewish Center in New York City was one of four synagogues vandalized on April 2021. Reports of anti-Semitism in the US hit the highest number on record in 2021, Anti-Defamation League says.

(CNN) -- The number of reports of assaults, vandalism and harassment targeting Jewish communities and individuals in the United States was the highest on record in 2021, the Anti-Defamation League said Tuesday.

A total of 2,717 anti-Semitic incidents were reported last year, an annual audit released by the ADL states. That was a 34% increase compared to the 2,026 incidents reported in 2020, the group said.

The ADL has been tracking such incidents since 1979 -- and its previous reports have found that anti-Semitism in America has been on the rise for years. Jonathan Greenblatt, the ADL's CEO and national director, said Jews in the US are experiencing the most anti-Semitism they have seen in the past 40 years and it's a "deeply troubling indicator of larger societal fissures."

Most of the incidents included in the report -- 1,776 -- were described as harassment, meaning one or more Jews or those perceived to be Jewish were the target of anti-Semitic slurs, stereotypes or conspiracy theories, the report states.

A total of 853 incidents were acts of vandalism, and 88 were assaults. There were no deaths linked to anti-Semitic violence, the report said.

While the incidents surged several times through the year and for the most part advocates can't pinpoint the motivation, the ADL noted a significant number of incidents reported as fighting between Israel and Hamas, the militant Islamist group that controls Gaza, took place in May 2021.

There were 387 incidents in May 2021 and the majority took place after the "official start of the military action," the ADL says.

Several people were attacked in cities across the US, including a Jewish man in New York City who was beaten and kicked on May 20 while anti-Semitic slurs were hurled at him. He was on his way to a pro-Israel demonstration at Times Square.

In Los Angeles, witnesses said people got out of a car outside a sushi restaurant and began asking indiscriminately who was Jewish. The words "Dirty Jew" were heard. Glass bottles were thrown at the table.

"Jews were being attacked in the streets for no other reason than the fact that they were Jewish, and it seemed as if the working assumption was that if you were Jewish, you were blameworthy for what was happening half a world away," said Greenblatt.

Every state and the District of Columbia reported incidents, with the highest numbers in New York, New Jersey, California, Florida, Michigan, and Texas, the ADL audit found. Nearly 60% of the total incidents were in those six states.

Earlier this year, experts and Jewish advocates called anti-Semitism a "growing crisis for the country" after a series of events, including a hostage standoff at a synagogue in Texas, vandalism at two Chicago synagogues, and flyers with anti-Semitic language being distributed in several states.