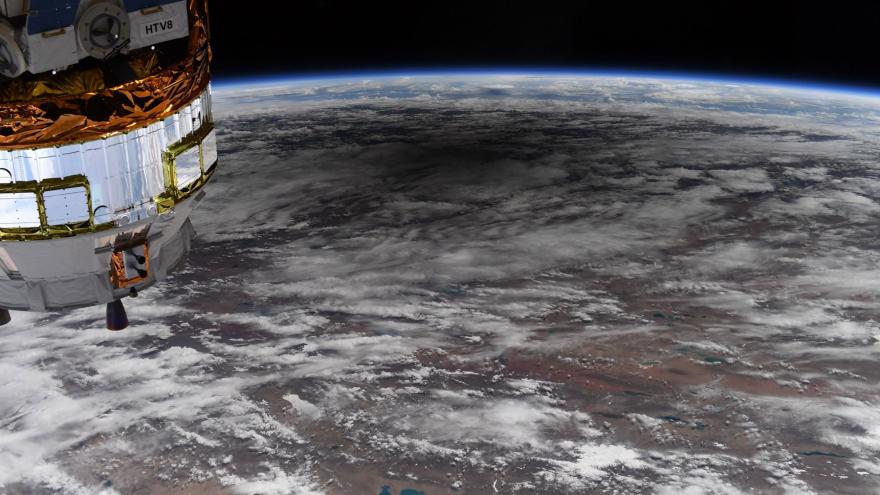 (CNN) -- Some dads are cool, but others are simply out of this world.

For a couple of astronaut dads spending Father's Day away from their families, the celebration is happening hundreds of miles away from Earth. This year it doesn't include cards or gifts -- but some insane views.

"Super cool view of the Annular Solar Eclipse which passed by our starboard side as we flew over China this morning around 07:10 GMT," NASA Astronaut Chris Cassidy said on Facebook. "A pretty neat way to wake up on Father's Day morning! Hoping all of the dads in the world have a wonderful day!"

Lucky stargazers in the Eastern Hemisphere were able to see the annular solar eclipse on the heels of the summer solstice on Sunday. This type of eclipse is characterized by its stunning "ring of fire," since it's not a total eclipse and the edges of the sun can still be seen around the moon.

The event occurs as the moon passes in front of the sun, covering the sun's center and leaving a blazing ring of light around the moon's silhouette.

The annular eclipse began at 12:47 a.m. ET on June 21 and crossed a skinny path that started in Africa and eventually moved to China before ending at sunset over the Pacific Ocean.