Astronaut's gene expression no longer same as his identical twin 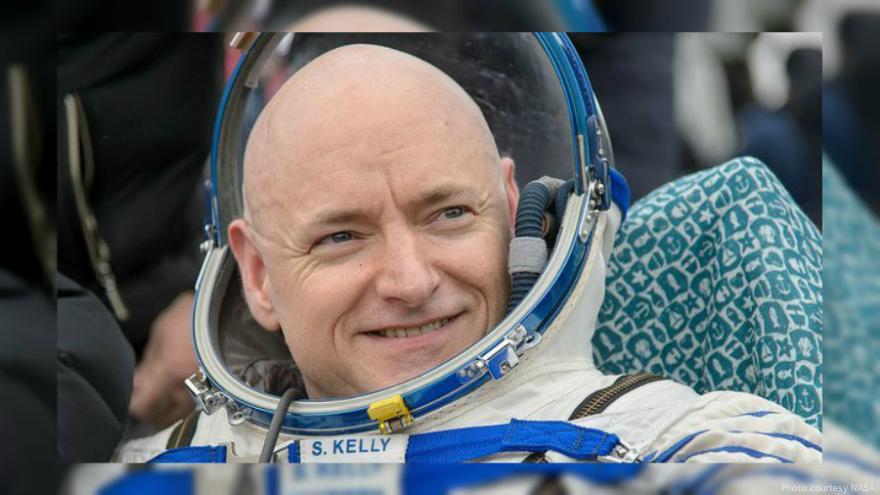 (CNN) -- Spending a year in space not only changes your outlook, it transforms your gene expression.

Preliminary results from NASA's Twins Study reveal that 7% of astronaut Scott Kelly's genetic expression -- how his genes function within cells -- did not return to baseline after his return to Earth two years ago.

The study looks at what happened to Kelly before, during and after he spent one year aboard the International Space Station through an extensive comparison with his identical twin, Mark, who remained on Earth.

Though Scott Kelly's genetic expression changed, he and Mark are still identical. Changes in gene expression are how the human body reacts to the environment. Kelly's transformation suggests longer-term alterations related to at least five biological pathways and functions.

The newest preliminary results from this unique study of Kelly, now retired from NASA, were released at the 2018 Investigator's Workshop for NASA's Human Research Program in January. Last year, NASA published its first round of preliminary results at the 2017 Investigator's Workshop. Overall, the 2018 findings corroborated those from 2017, with some additions.

To track physical changes caused by time in space, scientists measured Kelly's metabolites (necessary for maintaining life), cytokines (secreted by immune system cells) and proteins (workhorses within each cell) before, during and after his mission. The researchers learned that spaceflight is associated with oxygen-deprivation stress, increased inflammation and dramatic nutrient shifts that affect gene expression.

In particular, Chris Mason of Weill Cornell Medicine reported on the activation of Kelly's "space genes" while confirming the results of his separate NASA study, published last year.

To better understand the genetic dynamics of each twin, Mason and his team focused on chemical changes in RNA and DNA.

Although 93% of Kelly's genetic expression returned to normal once he returned to Earth, a subset of several hundred "space genes" remained disrupted. Some of these alterations, found only after spaceflight, are thought to be caused by the stresses of space travel.

This change of gene expression is very minimal, according to NASA.

Yet as genes turn on and off, change in the function of cells may occur.

Mason's work shows that one of the most important changes to Kelly's cells was hypoxia, or a deficient amount of tissue oxygenation, probably due to a lack of oxygen and high levels of carbon dioxide. Possible damage to mitochondria, the "power plants of cells," also occurred in Kelly's cells, as indicated by mitochondrial stress and increased levels of mitochondria in the blood.

Mason's team also saw changes in the length of Kelly's telomeres, caps at the end of chromosomes that are considered a marker of biological aging. First, there was a significant increase in average length while he was in space, and then there was a decrease in length within about 48 hours of his landing on Earth that stabilized to nearly preflight levels. Scientists believe that these telomere changes, along with the DNA damage and DNA repair measured in Kelly's cells, were caused by both radiation and calorie restrictions.

Additionally, the team found changes in Kelly's collagen, blood clotting and bone formation due, most likely, to fluid shifts and zero gravity. The researchers discovered hyperactive immune activity as well, thought to be the result of his radically different environment: space.

The Twins Study helps NASA gain insight into what happens to the human body in space beyond the usual six-month International Space Station missions previously studied in other astronauts. Ten groups of researchers, including Mason's team, are looking at a wide variety of information about the Kelly twins' health, including how gut bacteria, bones and the immune system might be affected by living off planet.

Kelly's one-year mission is a scientific stepping stone to a planned three-year mission to Mars, NASA said. Research into how the human body adjusts to weightlessness, isolation, radiation and the stress of long-duration spaceflight is needed before astronauts are sent on journeys that would triple the time humans have spent in space so far.