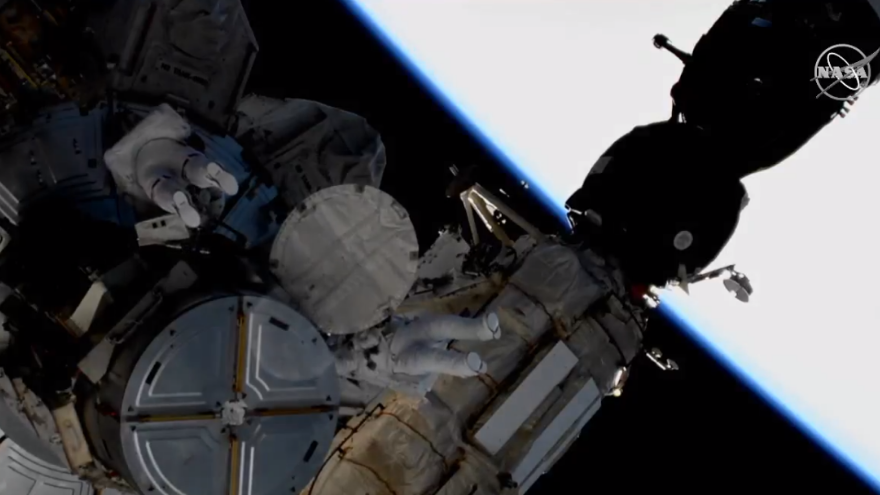 Two American astronauts are taking a spacewalk to replace aging batteries on the International Space Station.

The station's robotic arm did much of the heavy work already, but the astronauts still have to lug 300-pound adaptors the size of a large coffee table and reconnect attachments.

Even when the chore is complete, there will still be more of the 20-year-old station's original batteries to replace.

Friday's spacewalk is the first of three planned excursions to replace batteries and perform other maintenance. Next week's spacewalk will include the first all-female crew, including McClain.