Astronomers have found the fastest-growing black hole ever seen, and it's got a monster appetite 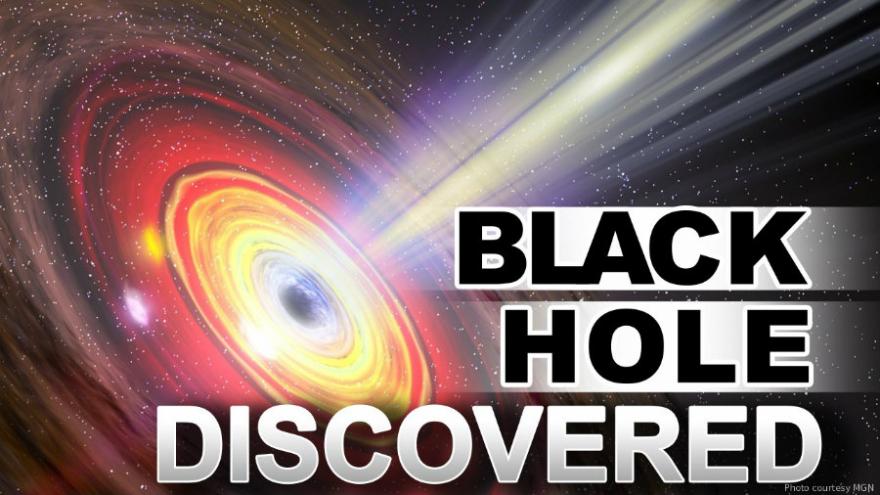 (CNN) -- Astronomers have found the fastest-growing black hole ever seen in the universe, and they're calling this one a monster with an appetite. It's growing so fast it can devour a mass the size of the sun every two days.

Researchers at Australian National University first discovered this supermassive black hole, also known as a quasar, when data from a telescope called the SkyMapper flagged it as an object of potential interest. Then they used data from the European Space Agency's Gaia satellite to determine how far away it was. They found that it took more than 12 billion years for the light from this massive black hole to reach Earth. It's the brightest quasar that can be seen in visual or ultraviolet light.

"The heat radiation from the matter falling into the black hole, which is the light we see, is a few thousand times brighter than our own Milky Way galaxy," Christian Wolf, the lead researcher on the university's team of astronomers, wrote in an email to CNN.

The discovery of this massive black hole calls the existing science about black holes into question. Black holes have a speed limit that determines how fast they grow, which is proportional to their mass.

"So, either black holes can grow faster than the speed limit, but we don't know how that works, and we have not seen it yet in action, or there is an unknown way to make 5,000 solar mass black holes very close in time to the Big Bang," Wolf said. "But who knows what happened in the dark early ages of the universe?"

The discovery could give us more insight into the Big Bang, Wolf said.

"Perhaps this is already telling us something about rather unusual processes close to or related to the Big Bang," he said. "What happened there that is not yet part of the standard picture?"

Wolf said it's likely that there are more of these massive black holes in the universe. In fact, this finding already shows that astronomers have overlooked bright and distant quasars hiding in plain sight. But the more they discover, the more questions they seem to come across.

"The hunt is on," Wolf said. "We want to get a complete picture of the demographics of fast-growing supermassive black holes in the universe, and see just how big is the problem which we have to solve."