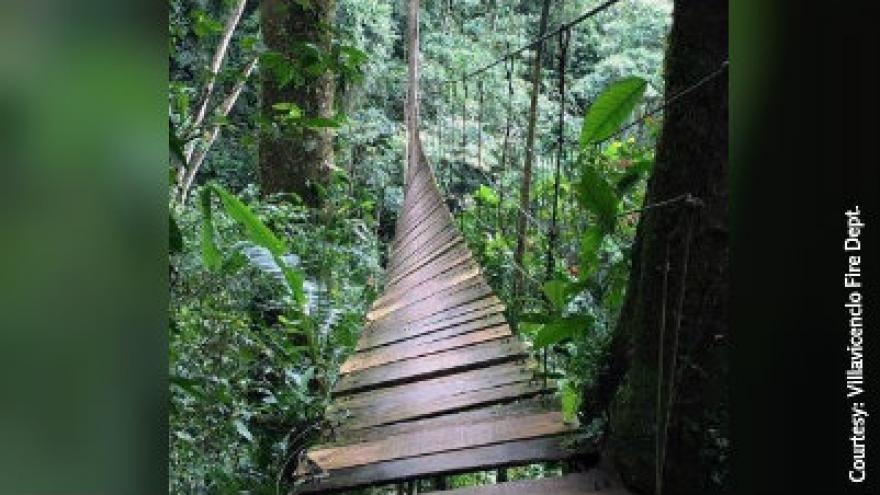 (CNN) -- At least ten people were killed Monday after a bridge collapsed near Bogota, Colombia, according to the country's Civil Defense authorities.

Known as the Chirajara bridge, the structure was under construction and not operational at the time of the collapse.

Nine people were killed at the site of the accident and a tenth victim succumbed to injuries at a local hospital.

"The victims are construction workers who were working on the project's drainage," the Colombian Civil Defense said in a statement. "We are still working to verify the total number of people who were working at the time."

The bridge was part of the main thoroughfare connecting Bogota to Villavicencio, a city southeast of the capital. It was estimated to be 446 meters long, according to the National Infrastructure Agency.

The infrastructure agency also announced that it will visit the site to investigate the accident at the request of President Juan Manuel Santos and the Minister of Transportation.

A search and rescue mission is underway to locate additional missing persons, the Colombian Civil Defense said in a statement.

"All my solidarity with relatives of the victims," President Santos said in an official tweet.