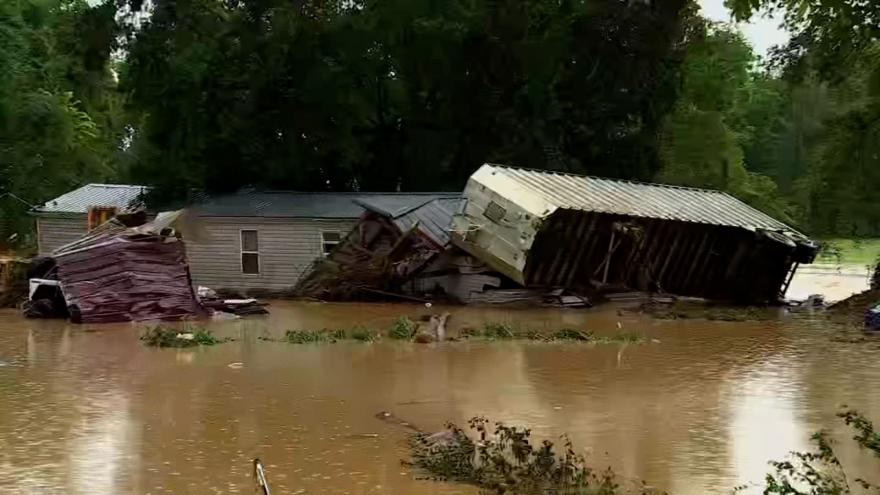 The bodies were recovered after catastrophic flash flooding near Waverly closed US-70, the city's main highway, and placed the community under a boil water advisory, according to the Tennessee Emergency Management Agency (TEMA).

Waverly is located in Humphreys County about 60 miles west of Nashville.

A reunification center was open Saturday night to assist people who are still searching for loved ones.

Earlier in the evening, Humphreys County Emergency Management sent out an advisory saying, "PLEASE DO NOT TRAVEL INTO THE CITY OF WAVERLY."

TEMA has activated a level 3 state of emergency due to the devastating flooding, urging anyone in Middle Tennessee to avoid driving or crossing flooded roads and walkways.

As of Saturday evening, about 10,000 people were without power in Hickman, Houston, and Humphreys counties and part of Dickson County, TEMA said.

The Tennessee National Guard said it is deploying nearly 50 soldiers to respond to the severe flooding.

"Our first priority is to assist with getting responders access to the area and conduct rescue operations," Maj. Gen. Jeff Holmes said in a tweet.

A flash flood emergency was declared for portions of west-central Tennessee after very heavy rain and thunderstorms continued to fall over the same locations since Friday night.

At least 15 inches of rain fell in McEwen, appearing to break the previous record for 24-hour rainfall in Middle Tennessee, according to the National Weather Service of Nashville.

The state National Guard said it sent a Blackhawk helicopter to the scene to assist with water rescues. Tactical vehicles and Humvees are also being used in rescue operations.

On Sunday, the state's health department will send crisis counseling teams to the impacted areas to help survivors and first responders, TEMA noted.