At least 11 children hurt when school bus, other vehicles crash 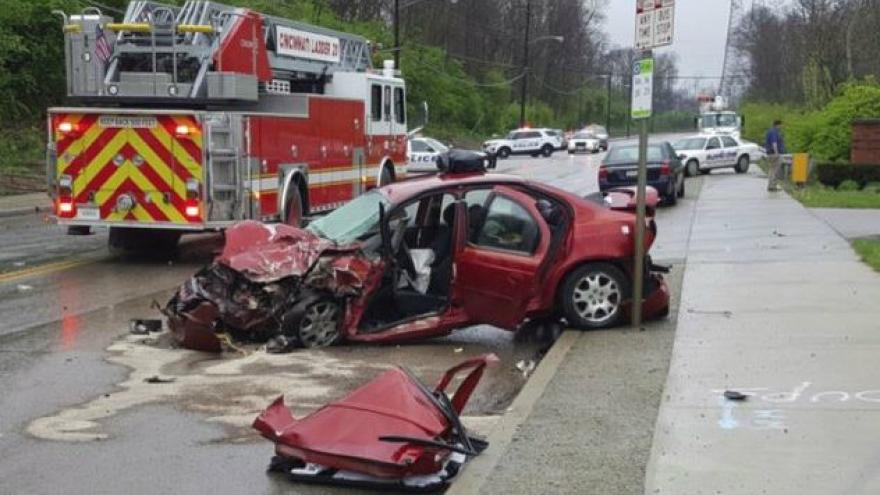 CINCINNATI, Ohio (WCPO) -- At least 11 children were injured Monday afternoon when a school bus and several other vehicles collided on Winton Road.

The crash happened at about 2:30 p.m. near Dutch Colony Drive. Five vehicles were involved, Worley said.

None of the children's injuries was life-threatening, according to Cincinnati Public Schools spokeswoman Lauren Worley. They were transported to a local hospital for treatment.

The bus serves Pleasant Hill Academy on North Bend Road. It took down electrical lines when it hit a utility pole.

Worley also said a non-student was hurt but referred questions about that victim to Cincinnati police.

Lt. Steve Saunders indicated a 3- or 4-year-old child was ejected from a vehicle.

Pleasant Hill Academy Principal Shauna McDowell was at the scene Monday to be with students.

Parents and guardians with children who were supposed to be on bus route 48 can pick them up at Winton Academy, 4750 Winton Road.

Winton Road will remain closed through the evening rush hour.