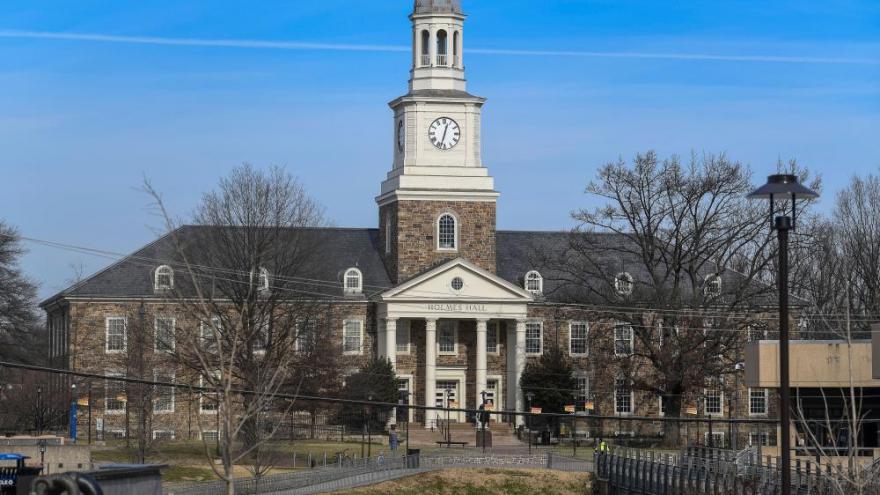 (CNN) -- A growing number of historically black colleges and universities have had to lock down or postpone classes due to bomb threats on the first day of Black History Month.

At least 12 HBCUs reported bomb threats Tuesday. At least one of them, Howard University, also received a bomb threat Monday.

These are some of the universities that have reported bomb threats Tuesday:

Someone called the Baltimore university and said there was a bomb on campus, Coppin State spokesperson Angela Galeano told CNN.

The threat was immediately reported to campus police, Galeano said.

A message on the university's website said all classes would be online Tuesday.

"If you are on campus, please, shelter in place, and wait for further instructions," the message said. "Emergency officials are evaluating the campus and we will provide updates, as soon as possible."

"We are advising all students to shelter in place," the message said. "Faculty and staff should not report to work until further notice."

The college in Tougaloo, Mississippi, also received a bomb threat, according to a message on its website.

"Due to today's bomb threat, the campus will operate virtually," the message said.

"Although the campus has been cleared, for safety precautions, there will be no in-person classes/activities, and employees and students should not commute to the campus. All faculty and staff will work remotely today."

"Due to a bomb threat, access to campus will be closed as the University works with emergency personnel to assess the situation," the university in Baltimore tweeted Tuesday morning.

"Everyone on campus should shelter in place until further notice. All instruction will be remote and all employees should telework," Morgan State added.

"Essential employees will be contacted by their supervisor with additional direction."

"The Jackson Police Department and JSU Department of Public Safety have swept the campus and found the threat unsubstantiated. An all-clear has been issued."

"Due to a bomb threat made earlier this morning, Tuesday, Feb. 1, 2022, @KyStateU is in lockdown status," the university in Frankfort tweeted Tuesday.

"The university is working with emergency personnel to evaluate the situation. University operations will be suspended until further notice & campus entry limited at this time."

The university in Fort Valley, Georgia, is on lockdown after receiving notice of a bomb threat, FVSU tweeted Tuesday.

"Law enforcement is investigating. Campus is currently on lockdown. Residential students remain in dorms," the university said. "Non-residential students and staff should NOT report to campus until further notice. Campus operations are suspended for the day."

The university in Washington, DC, has responded to bomb threats for a second day in a row.

"The Shelter-In-Place directive has been lifted."

On January 5, at least three HBCUs, including Howard University, received bomb threats. Nothing was found on any of the campuses that received threats, university officials said.

The university in New Orleans is working with authorities after receiving a bomb threat, Xavier tweeted Tuesday morning.

"Campus will be remote until 12 p.m. today. Residential students should stay in their rooms until further notice," the university tweeted. "Continue to monitor official university channels."

University of the District of Columbia

Atlanta police responded to Spelman around 3 a.m. Tuesday and an investigation was launched, WGCL reported. Atlanta police have since turned the case back over to campus police.

"Effective immediately, all in person activities, classes and operations including all meetings and athletic practices are cancelled until further notice," the university in Jacksonville, Florida, tweeted early Tuesday morning.

"The Jacksonville Sheriff's Office has been notified and is on campus investigating this matter. Please stay tuned to the EWU website, email and social media accounts for more information as it becomes available."