At least 14 people, including one American, killed in Kenya hotel siege 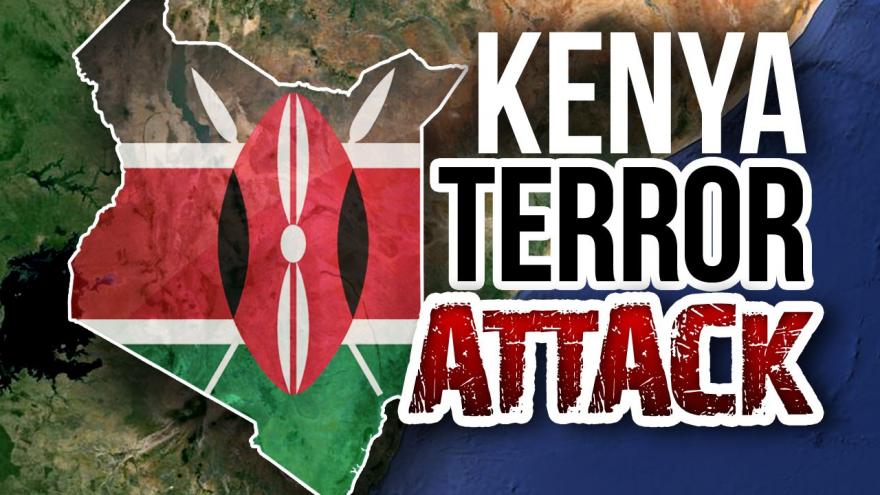 (CNN) -- Armed men burst into a hotel complex in Nairobi with gunfire and explosions, killing at least 14 people in an attack that lasted hours and ended Wednesday morning, Kenyan President Uhuru Kenyatta said.

"The security operation at Dusit complex is over, and all the terrorists eliminated," Kenyatta told reporters without giving details. "Fourteen innocent lives were lost through the hands of these murderers, terrorists."

More than 700 people were evacuated to safety in the course of the attack, he added.

Shortly before Kenyatta declared it over, gunshots and explosions could be heard at the scene.

An American, Jason Spindler, was identified by his employer as one of those killed in the attack. He was co-founder and managing director of I-DEV International, a firm advising on business strategy for emerging markets.

The coordinated attack started Tuesday afternoon local time at the DusitD2 compound, an upmarket cluster of shops and hotel facilities in the capital of Nairobi.

An unknown number of gunmen attacked the complex, leading to a standoff that continued through the night, with people trapped in various parts of the buildings hours later.

Friends and relatives of those unaccounted for anxiously waited for word on their loved ones early Wednesday as the interior ministry announced that authorities had evacuated people from the compound, and the site had been secured.

The Kenya Red Cross in Nairobi launched a blood drive to help the victims and urged people to donate. It also said it had launched a line to provide counseling and connect people who were searching for loved ones.

"No further threat to public exists," the interior ministry said in a statement early Wednesday. "Civilians who had been secured in one building by security while mopping up continues now safely evacuated. All buildings and surrounding area secure."

But sporadic gunfire continued hours after the all clear. The nation's police chief, Joseph Boinnet, told CNN that the evacuation was still ongoing Wednesday morning despite the interior ministry's announcement.

Police warned residents to refrain from sharing unconfirmed news or images of the security operation on social media.

After declaring the attack over, Kenyatta praised Kenya's security services for their swift response, saying: "The operational priority of the security services was first and foremost to safeguard civilian life."

Abbas Gullet, secretary general of the Kenya Red Cross, also hailed the rescue effort. "To have gotten out over 700 people out of that place, one would have to go in to understand and imagine what it took to get there," he told CNN.

A source helping with security at the hotel called the death toll "conservative," and said it's expected to rise. The US State Department confirmed that the fatalities included a US citizen, but did not provide details.

Somali Islamist militant group Al-Shabaab claimed responsibility for the attack, according to the SITE Intelligence Group. It's the highest profile terror attack in the East African country in years, and happened three years to the day after Al-Shabaab militants targeted a Kenyan military base in neighboring Somalia, killing dozens of soldiers.

In 2013, Al-Shabaab militants targeted the luxury shopping center of Westgate, killing 67 people in a siege that lasted several days. Westgate is about two miles away from the site of Tuesday's attack.

Militants from the group also killed nearly 150 people, most of them students, in a brutal attack on Garissa University College in Kenya in April 2015.

The latest attack began at a bank inside the compound Tuesday afternoon. An explosion ripped through three vehicles in the parking lot, followed by a suicide blast in the foyer of the Dusit Hotel, Boinnet said.

Crowds in bloodied clothes fled as armed officers escorted office workers to safety amid the gunfire. The flames in the parking lot raged, with the smoke visible from buildings far away in Nairobi's affluent Westlands neighborhood.

"As we were leaving, there were gunshots all over the place," said Evans Ng'ong'a, who was inside the complex. "Attackers jumped over the fence and started shooting after the explosion."

In a series of tweets, US Ambassador to Kenya Bob Godec condemned the attacks and said all embassy personnel in Kenya were safe.

The European Union also offered its condolences to those affected and pledged its continued support to Kenya.

"Kenya's stand against terrorism, at home and abroad, is a necessary fight against a challenge that we all face -- being it in Africa, in Europe or in the rest of the world -- which will contribute to bringing peace, stability and prosperity to the country, the region and beyond," it said in a statement.