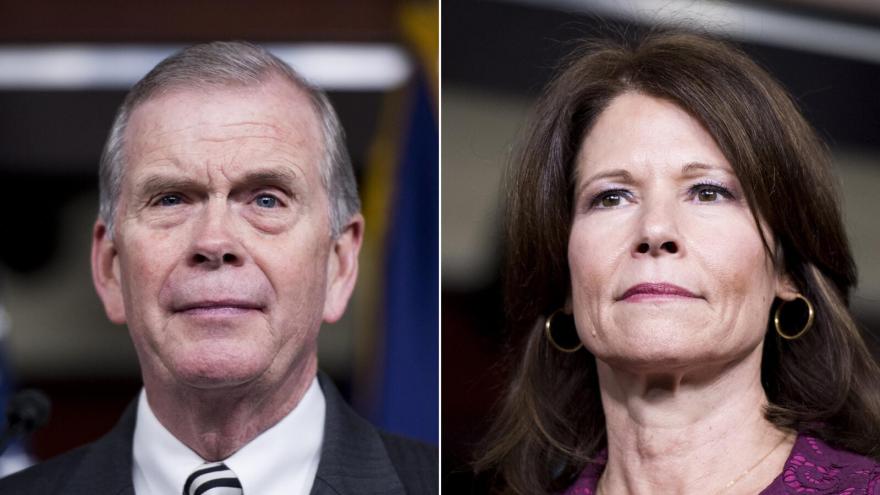 (CNN) -- At least two members of the US House of Representatives announced Monday that they tested positive for Covid-19 and another member announced he was isolating after possibly being exposed, a sign of the looming threat of coronavirus on Capitol Hill.

Democratic Rep. Cheri Bustos of Illinois and Republican Rep. Tim Walberg of Michigan each separately announced positive diagnoses and Democratic Rep. Mark Pocan of Wisconsin said publicly he was isolating after a possible exposure to the virus. The announcements mark the latest of more than two dozen lawmakers who have tested positive for Covid-19 since the start of the pandemic.

Bustos, the outgoing chairwoman of the Democratic Congressional Campaign Committee, tweeted about her situation Monday, writing that she was "experiencing mild symptoms, but still feel well." She is isolating at her home in Illinois.

Walberg said in a tweet he is experiencing mild symptoms and remains "in good spirits," adding that it has been more than a week since he has attended a public event.

Pocan said in a statement from his office he was isolating after he drove his mother to a nursing home on Monday and then she tested positive for the virus on Tuesday.

This would have been the first week for the members to return to Congress following the November 3 election. The threat of coronavirus has been a consistent influence over leaders from both parties and chambers of Congress since the pandemic began, and how lawmakers react has been under increased scrutiny amid the latest wave of cases sweeping the country.

Over the weekend, leaders in the House from both parties altered their respective dinners for freshman members following criticism over initially planning indoor dining events.

Last week, Republican Rep. Don Young of Alaska, the oldest member of Congress, announced he had tested positive for Covid-19. On Monday, Young released a statement saying he had been admitted over the weekend to the hospital for "treatment and monitoring," but that he had since been "discharged and continue recovering and working from home in Alaska."

"I want Alaskans to know that their Congressman is alive, feeling better, and on the road to recovery," Young said in the statement.