At least 22 people shot, 2 fatally, after assailants get out of an SUV and fire assault rifles at a club, police say 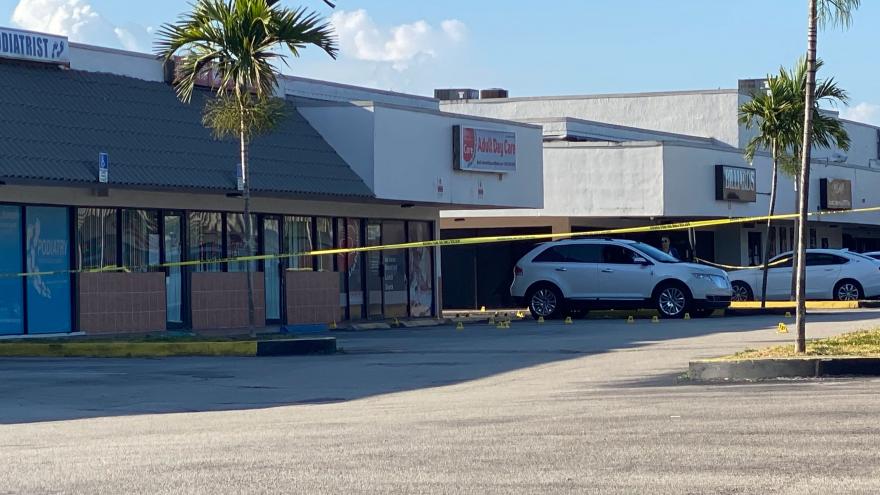 A white Nissan Pathfinder pulled up to a billiards club in Hialeah between 12 a.m. and 1 a.m. Sunday, Ramirez said.

Three people "stepped out of the vehicle with assault rifles and handguns and started firing indiscriminately into the crowd," the police director said.

"The result is 20 to 25 victims with gunshot injury wounds, and two deceased on the scene."

The wounded were taken to various hospitals in the area. At least one of those hospitalized is in critical condition, police said.

"These are cold blooded murderers that shot indiscriminately into a crowd and we will seek justice," Ramirez tweeted. "My deepest condolences to the family of the victims."

The Miami-Dade Police Department is asking anyone with information about the shooters or their whereabouts to contact authorities.

"This type of gun violence has to stop. Every weekend, it's the same thing. This is targeted. This is definitely not random," said Ramirez.

On Friday, another shooting in the Miami area left at least one person dead and six others wounded.

Police said they're looking for a silver Nissan Maxima that may have been involved in that shooting.