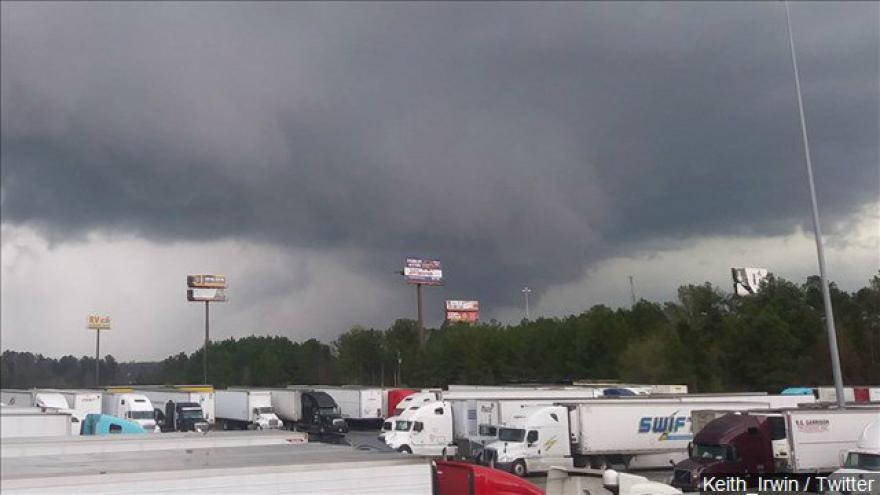 (CNN) -- A devastating series of tornadoes ripped through Alabama on Sunday, killing at least 23 people in one county.

The victims including children, died in Lee County, said Sheriff Jay Jones. At least 12 of those deaths occurred in an area about 5 to 6 miles south of the city of Opelika, he said.

Jones described massive damage that appeared "as if someone had taken a blade and just scraped the ground." He estimated a path of destruction about half a mile wide that stretched several miles to the east from where the tornado touched down.

It appeared that two tornadoes hit Lee County back-to-back within the span of an hour, CNN Meteorologist Gene Norman sai 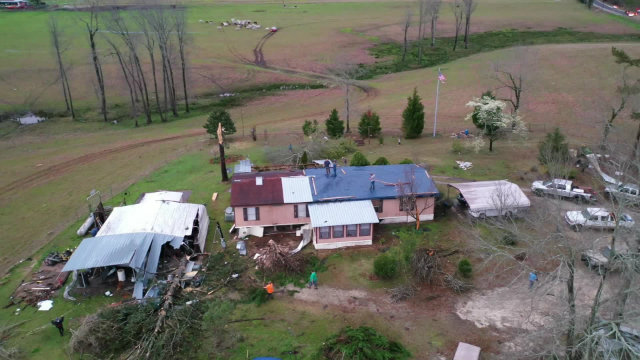 Drone footage of tornado damage in the Beauregard community of Lee County, Alabama. Brett Adair / LSM
d. At least a dozen tornadoes touched down in Alabama and Georgia on Sunday afternoon, according to the National Weather Service.

The 23 deaths reported on Sunday marked what would be deadliest day for tornadoes in the state since the deadly Tuscaloosa-Birmingham tornado that killed more than 200 people in 2011.

Several people were transported to East Alabama Medical Center with serious injuries, Jones said. Authorities were prioritizing search and rescue efforts on Sunday evening, but were hampered by the dwindling light, he said.

Alabama Gov. Kay Ivey extended the state of emergency that had been issued last month statewide due to tornadoes and severe weather.

"Our hearts go out to those who lost their lives in the storms that hit Lee County today," she tweeted. "Praying for their families & everyone whose homes or businesses were affected. Officials from @AlabamaEma & other agencies are quickly working to provide assistance."

President Donald Trump tweeted "to the great people of Alabama and surrounding areas: Please be careful and safe." He also said "to the families of the victims, and to the injured. God bless you all!"

Footage broadcast by CNN affiliate WRBL showed trees destroyed by the powerful winds and debris from leveled homes piled up on the side of the road.

Multiple homes suffered significant damage, Jones told WRBL, and multiple agencies are working to assist in the search for injured people inside their homes.

Norman said that according to the National Weather Service, an airport in Eufaula, Alabama, along the Alabama-Georgia border was destroyed, along with a fire station.

In Talbotton, Georgia, at least 15 structures were destroyed in a tornado on Sunday, including multiple homes and at least one apartment building, said Leigh Ann Erenheim, the emergency management director for Talbot County.

Six people suffered injuries, with the most severe being a possible broken leg, she said. Crews were checking on residents in the outer areas of town and working to open a shelter for people who have been displaced.

Tornado watches were expected to remain in place for parts of Georgia and South Carolina through 11 p.m. ET Sunday, Norman said.

The tornadoes are part of the same system that is expected to bring winter weather to much of the eastern United States this week, he said.