At least 3 killed, 11 injured in shooting on Philadelphia's South Street 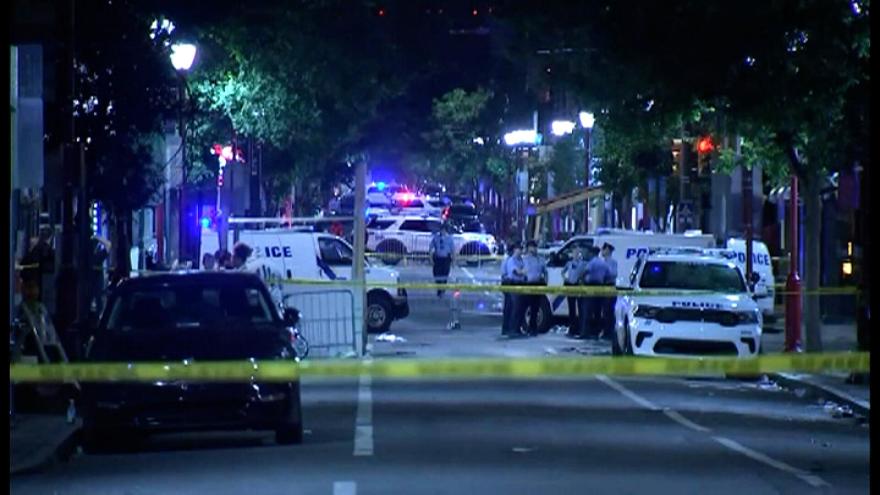 Three people were killed and 13 others injured when gunfire broke out in Philadelphia on June 5.

One officer was "within about 10 to 15 yards" of one of the individuals firing into the crowd and shot at the suspect, Pace said. "We're uncertain whether he was struck or not, but the officer was able to get that individual to drop his gun and flee," the police inspector said.

South Street is "known for being a corridor of entertainment" with multiple bars and restaurants, Pace said.

"There were hundreds of individuals just enjoying South Street, as they do every single weekend, when this shooting broke out," he said.

Two men and a woman were killed, officials said.

Two handguns were recovered at the scene, including one with an extended magazine, Pace said, but there have been no arrests.

The names and conditions of the victims had not been released as of early Sunday.

There have been at least 239 mass shootings so far this year, according to the Gun Violence Archive. CNN and the archive define a mass shooting as one in which at least four people are shot, excluding the shooter.