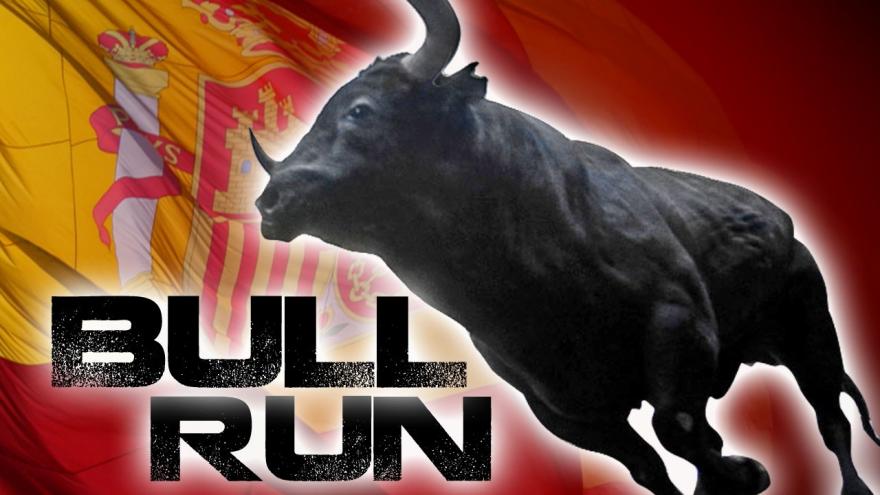 (CNN) -- At least three people were gored Sunday as the annual running of the bulls began in Pamplona, Spain, according to local authorities.

The bull run draws daredevils from around the world to the San Fermin festival, which kicked off Saturday in northern Spain with music, parades and bullfights.

The first "encierro" or bull run on Sunday through Pamplona's old quarter left six people injured, including three who were gored, the Royal Navarre Hospital said in a statement.

Three others suffered injuries ranging from mild to serious, according to the hospital.

Traditionally, it was used as a way of getting the bulls from the city outskirts to the bull ring.

After launching two rockets, the bulls charge behind amateur daredevils -- many dressed in traditional white attire with dashes of red -- for 825 meters, which is the distance between the corral and the bull ring, according to the festival website.

Injuries are common during the bull run, which has remained a staple of San Fermin despite animal welfare concerns. In 2018, nine people were injured in the first two days.