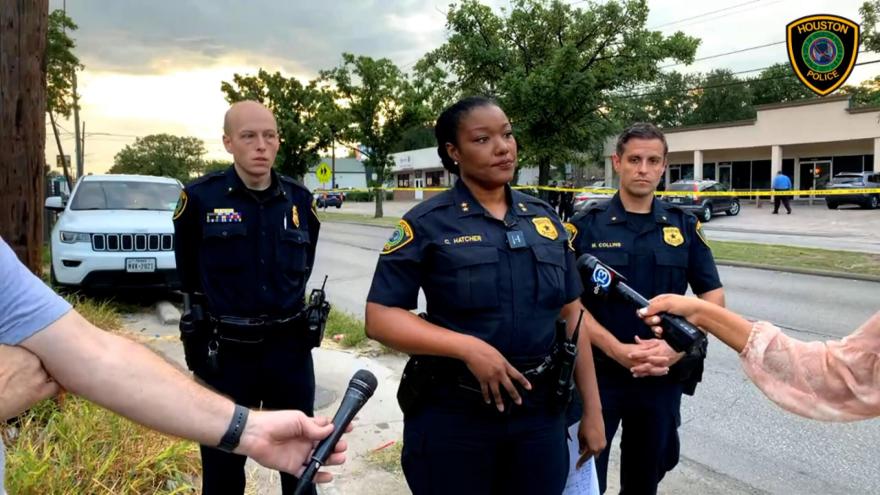 (CNN) -- At least three people were shot early Saturday when a suspect opened fire from a U-Haul truck on a parking lot outside a Houston nightclub, police said.

A woman and two men were transported from the scene on Cullen Boulevard in the city's south side after the shooting after 4 a.m., according to Houston Police Assistant Chief Chandra Hatcher.

The female was in critical condition, and the two males were stable, according to police.

A search for the suspect was underway and police were asking the public for information. The U-Haul truck has not been located.

No other details were available on the suspect.