At least 7 dead, 19 missing after sightseeing boat sinks on Danube River in Hungary 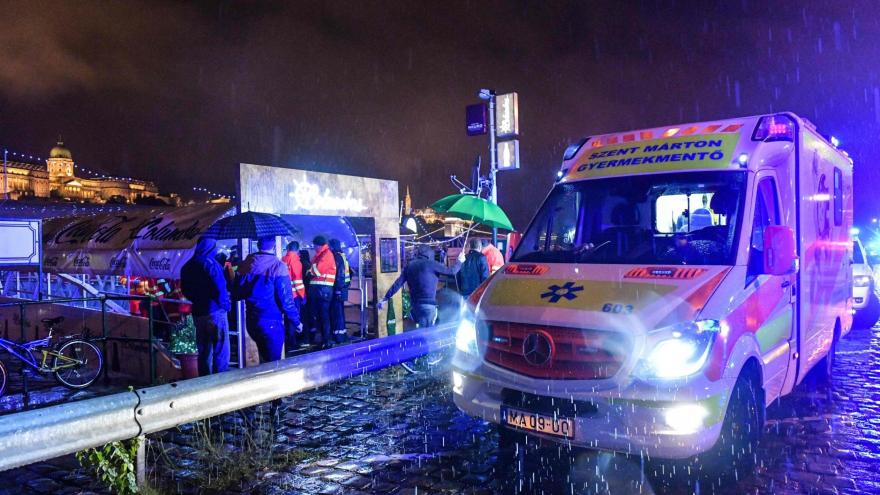 (CNN) -- Seven South Korean tourists are dead and 19 unaccounted for after a boat tour operating on the Danube collided with another vessel, according to South Korean Ministry of Foreign Affairs.

"Among 33 South Koreans, 7 have been rescued, a rescue operation for 19 missing is underway and 7 are confirmed dead," the statement from South Korea's Ministry of Foreign Affairs read.

A spokesman for the Hungarian National Ambulance Service confirmed that at least seven people are dead and "more than 13 are missing," according to CNN affiliate ATV.

According to the ATV crew at the scene, the tourist boat crashed with another large tourist boat and capsized around 10 p.m. local time (4 p.m ET) Wednesday near Hungary's Parliament building and the Elisabeth Bridge in the center of the city.

People were rescued from the river more than a mile downstream, near Petofi Bridge, ATV reported.

There were "no signs of a possible issue with the boat," the spokesman said. Panorama Deck "ensures all the necessary technical maintenance is carried out every year" on their fleet, he added.

"We cannot confirm why the boat sank -- it was just an average day, and this was a regular trip. We carry out thousands of tourist boat trips every day, there were no signs that something like this could happen," the spokesman said.

According to Toth, the Mermaid ship has been in operation since 2003.