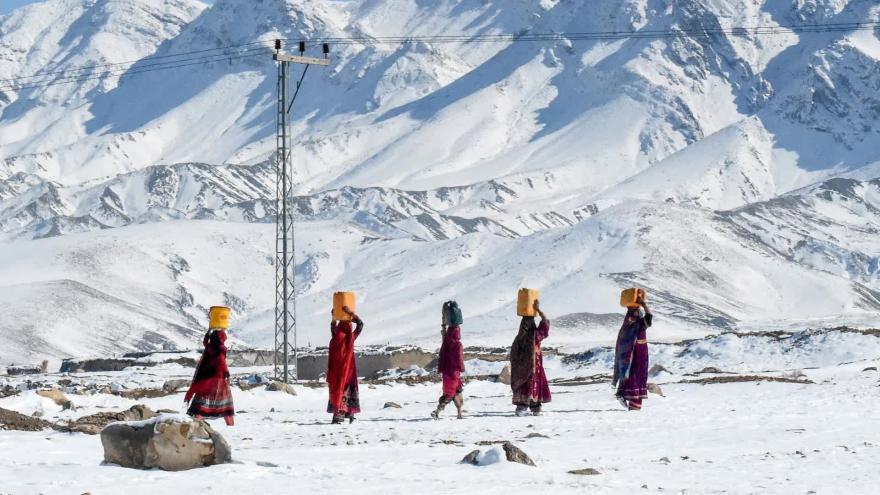 (CNN) -- At least 77 people have been killed and 94 injured in northeast Pakistan after a series of avalanches destroyed and buried houses.

The avalanches were triggered by heavy snowfall in the Neelum Valley, in Pakistan-administered Kashmir, according to local authorities.

Dozens of houses had been wrecked and buried by the snow, with most of those killed and injured in their homes when the avalanches hit, said Ahmad Raza Qadri, state minister for disaster management and rehabilitation, on Tuesday.

The death toll may continue to rise, as there are fears that many people may still be trapped.

In the aftermath, desperate villagers conducted a search and rescue attempt to find those buried in the avalanche, carrying shovels and wading into the deep snow.

Emergency personnel are also on the ground responding to the crisis. Pakistani Prime Minister Imran Khan said on Tuesday he had asked the national disaster agency, the military, and federal ministers to provide humanitarian assistance to the affected residents.

Several of the injured victims were airlifted by army helicopters to the region's capital, Muzaffarabad, for treatment, and more helicopters will airdrop food and essential supplies to residents cut off by snow.

In a tweet on Tuesday, the region's Prime Minister Raja Farooq Haider Khan extended his condolences to those affected, adding that his administration would "leave no stone unturned to alleviate the sufferings of (the) affected population."

The avalanches come during one of the harshest winters in 20 years. Daily life in Pakistan-administered Kashmir had been severely affected, with roads blocked by snow, communication services down, and disruptions to electric power supplies.

Separately, in the country's southwestern province of Balochistan, 16 people have died in 48 hours this week due to rain and snow related incidents, said Imran Zarkoon of the Provincial Disaster Management Authority.

Heavy snowfall is normal for this time of year, said Zaheer Ahmed, director of the National Weather Forecasting Centre in the capital, Islamabad. But "due to climate change, this year the intensity of cold is much higher than the previous few years."