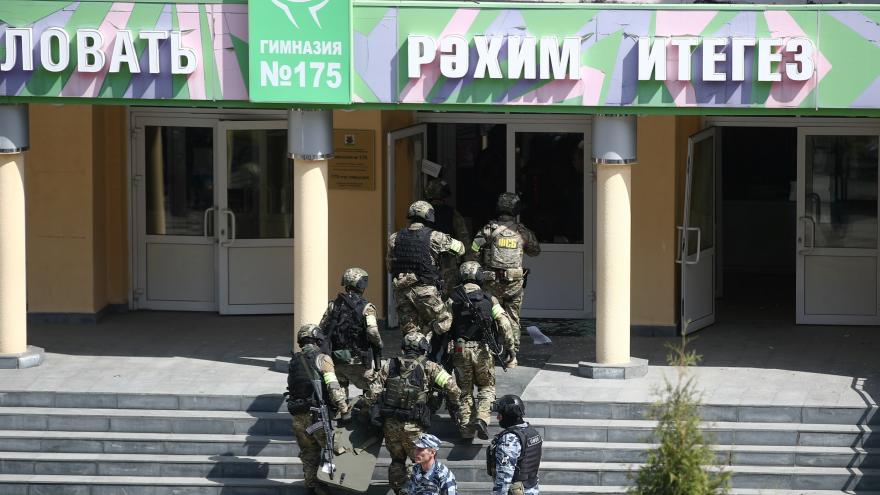 (CNN) -- Eight children and a teacher were killed in Russia on Tuesday as two gunmen opened fire at a school in the western city of Kazan, according to state media reports.

One suspected shooter, believed to be a teenager, has been detained, state news agency RIA Novosti reported, citing a law enforcement source. A second attacker was killed and at least 13 people have been taken to hospital for treatment, according to Russia's TASS news agency.

Images showed armed officers from the Federal Security Services (FSB) storming the school building, while the area was cordoned off with police tape.

Witnesses also told state media that there had been an explosion during the attack before the shooting began, although it was not immediately clear what caused the blast. Several children jumped out of the school window to escape.

"There is heavy smoke," an emergency services source told RIA.

Twenty-one ambulance teams and doctors have been sent to the school.

Security measures have been strengthened in all educational institutions of Kazan, TASS reported. The mayor's office also said entrance to schools has been limited.