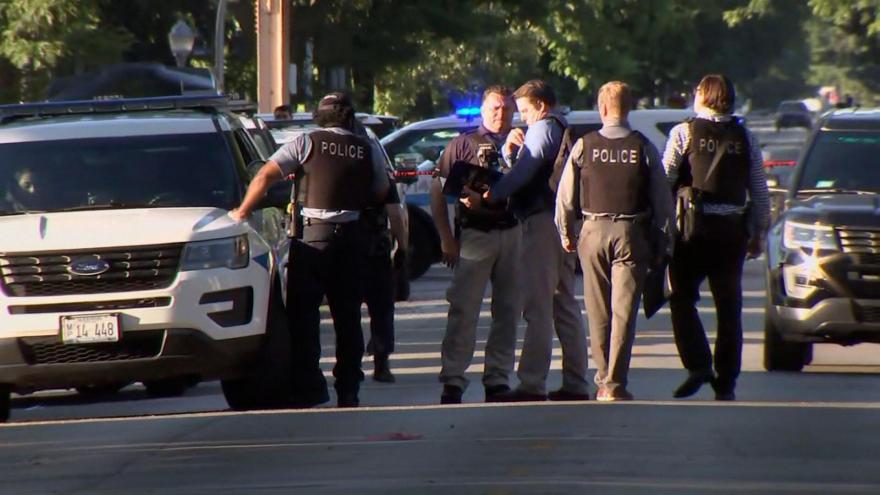 Police at scene of shooting on June 15 with multiple people wounded on Chicago's South Side.

(CNN) -- At least four people were killed and another four were hospitalized Tuesday morning following a shooting inside a residence on Chicago's South Side.

No one is in custody at this time, Chicago police said.

The shooting occurred around 5:42 a.m. (6:42 a.m. ET), after an argument at a gathering at a home in the Englewood neighborhood, police said.

A male of unknown age and a 25-year-old man each sustained a gunshot wound to the back of the head, and they are at Christ Hospital in unknown condition.

In addition, a female sustained a gunshot wound and is in critical condition at the University of Chicago Medical Center, and a 23-year-old man self-transported to St. Bernard Hospital with a gunshot wound to the back. He has since been taken in critical condition to the University of Chicago Medical Center.