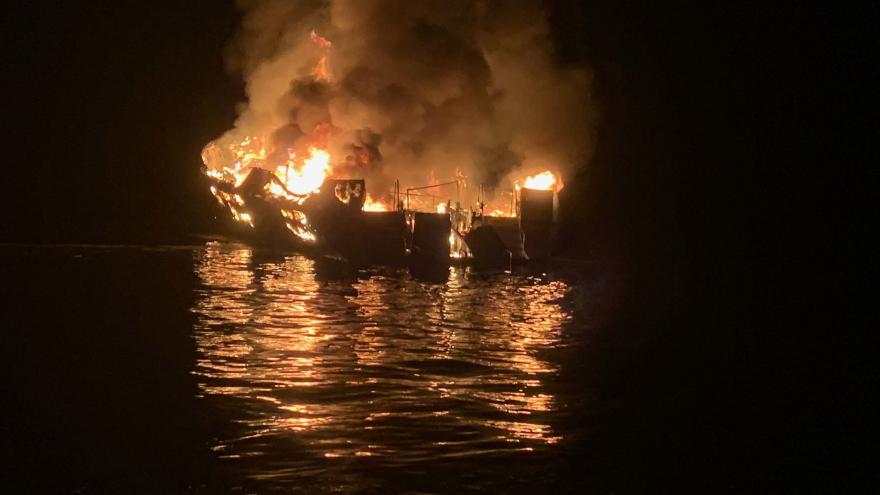 (CNN) -- The Bureau of Alcohol, Tobacco, Firearms and Explosives has not yet determined the cause of deadly fire aboard a dive boat earlier this month along the California coast, spokeswoman Ginger Colbrun said Friday as the agency announced one phase of the investigation has come to a close.

The ATF's national response team has "deactivated" from the Navy base where the Conception, a 75-foot dive boat, was taken after it sank on Labor Day following a fire. A total of 34 people died and five crew members survived.

The Conception was pulled from the water two weeks ago and taken to Naval Base Ventura County in Port Hueneme.

The ATF continues to investigate the origin and cause of the fire, Colbrun said.

The National Transportation Safety Board is also looking into the fire and its investigation is still in the fact-finding phase, spokesman Eric Weiss told CNN. The NTSB's report could take several months to complete, he said.

Douglas Schwartz, an attorney for Conception owner Glen Fritzler, told CNN: "As we await the official findings, the preliminary insight is unfortunate. For the sake of the victims, their loved ones, and the crew, Glen and his family want answers. It has become Glen's personal mission that this never happens in the passenger boat industry again."

The Conception caught fire around 3:14 a.m. on Labor Day off Santa Cruz Island, about 20 miles away from the coast of mainland California. It was the last day of a three-day diving trip.

By 7:20 a.m. local time, the ship began to sink in 64 feet of water. The boat had burned down to the water line, Santa Barbara County fire spokesman Mike Eliason said in the days after the tragedy.

Ventura County firefighters reached the boat within 15 minutes, the fire department said. But by then, it was engulfed in flames.

Firefighters struggled to extinguish the fire because each time it was snuffed out, flames flared back up — perhaps because of the fuel on board, the Coast Guard's Aaron Bemis said.

The Conception was not required to have a "black box" on board and was not voluntarily fitted with a black box, an NTSB official said during its first days on the scene.