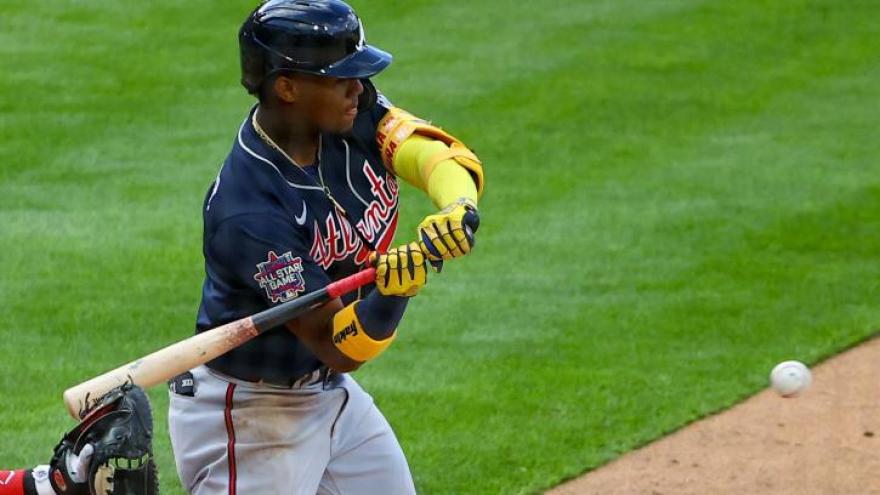 The Atlanta Braves altered their uniforms Saturday ahead of their game against the Philadelphia Phillies, with the All-Star Game patch the team sported on their jerseys for opening day noticeably sewn over.

(CNN) -- The Atlanta Braves altered their uniforms Saturday ahead of their game against the Philadelphia Phillies, with the All-Star Game patch the team sported on their jersey's for opening day noticeably sewn over.

The alteration came after Major League Baseball announced they were pulling the 2021 All-Star Game from Georgia -- in response to the recently passed state law that critics say would make it harder to vote.

"I'm disappointed that it's not going to be there," Braves Manager Brian Snitker told reporters before Saturday's game. "But I'm focused on playing baseball and what we've got going on this season. Other than being disappointed, that's all I have to say on it."

"I'm disappointed for the Braves organization and those who are local who would have benefited seeing the influx of business and excitement in the area. It's a bad situation," Morton said.

Shortly after MLB announced the game's relocation, the Braves released a statement saying they were disappointed by the league's decision.

"This was neither our decision, nor our recommendation and we are saddened that fans will not be able to see this event in our city," the statement read. "Unfortunately, businesses, employees, and fans in Georgia are victims of this decision."

The "estimated lost economic impact" from the relocation is more than $100 million, according to a statement from Holly Quinlan, president of Cobb Travel and Tourism.