Attorney General Barr to testify before Congress next month 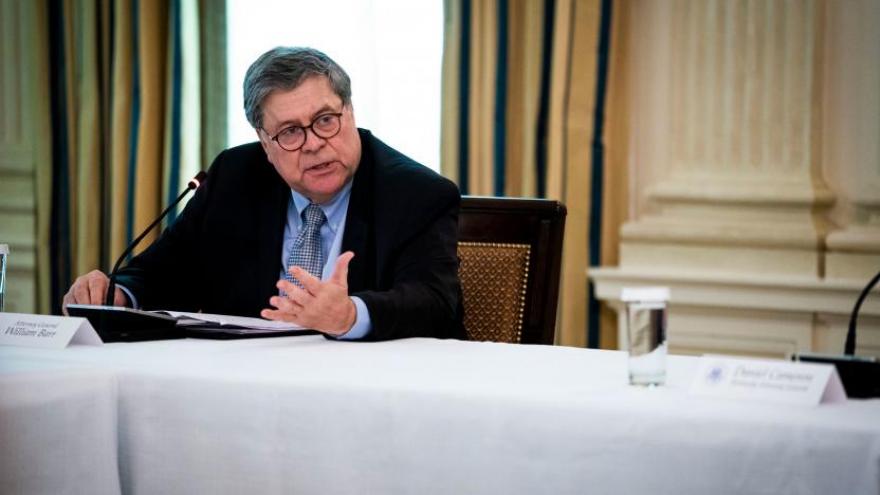 (CNN) -- Attorney General William Barr is set to testify before the House Judiciary Committee in late July, a Department of Justice spokesperson has announced.

"The Attorney General has accepted an invitation to appear before the House Judiciary Committee for a general oversight hearing on July 28th," Justice Department spokeswoman Kerri Kupec tweeted Wednesday.

The announcement comes after a win for the Justice Department in court Wednesday for a dismissal of former national security adviser Michael Flynn's case, and as a House Judiciary hearing is beginning where Justice Department employees will testify against Barr, calling his decision-making political and accusing him of bowing too much to the President's wishes.

House Judiciary Chairman Jerry Nadler, a New York Democrat, had threatened Barr with a subpoena and is investigating Barr as calls to impeach him have grown. Nadler, however, has stressed there is nothing to be gained from pursuing Barr's impeachment because it would likely end in the same not-guilty vote the GOP-controlled Senate gave to President Donald Trump earlier this year during his impeachment trial.

The hearing is being billed as the panel's annual oversight hearing with the attorney general, but congressional Democrats have been fuming in recent weeks about a number of episodes involving Barr, including a weekend of drama where he and Trump fired Geoffrey Berman, the powerful prosecutor who led the Manhattan US attorney's office, which has pursued Trump and his allies.

Democrats are also calling for new investigations into the DOJ's role in the forceful clearing of protesters from Lafayette Square ahead of Trump's photo-op outside St. John's Church earlier this month. Barr, who was present for the photo-op, had defended the actions of law enforcement officers in clearing the protesters, claiming the Park Police simply wanted a larger security perimeter around the White House.

Lawmakers will also likely question Barr on the Flynn and Roger Stone cases. The attorney general has come under fire for dropping the criminal prosecution of Trump's former national security adviser, after Flynn admitted his guilt under oath, and for overriding career prosecutors' recommendations for a harsh sentence for Stone, a longtime political adviser and friend of Trump.

One of the prosecutors in the Stone case testified before the Judiciary Committee on Wednesday, accusing Barr and DOJ leaders of pressuring the acting US Attorney for the District of Columbia to recommend a lighter sentence for Stone because of Stone's relationship with the President.