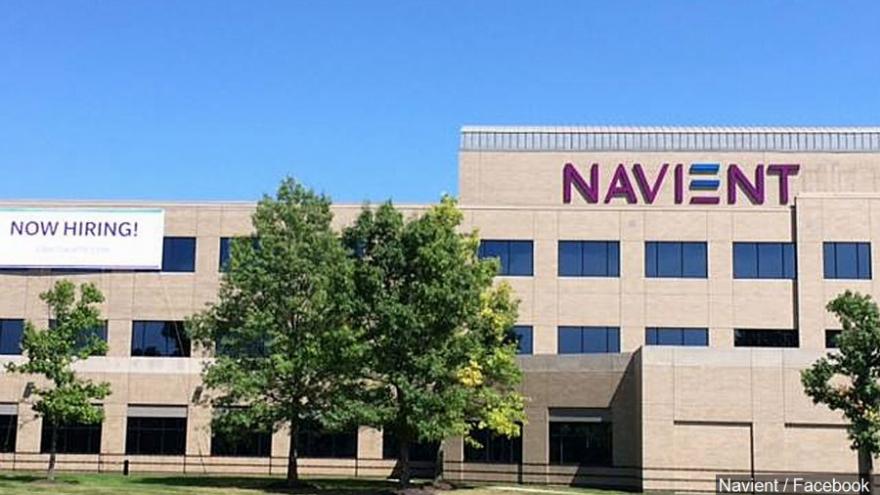 NEW YORK (AP) — One of the nation's largest student loan servicing companies may have driven tens of thousands of borrowers struggling with their debts into higher-cost repayment plans.

That's the finding of a Department of Education audit of practices at Navient Corp., the nation's third-largest student loan servicing company.

The conclusions of the 2017 audit, which until now have been kept from the public and were obtained by The Associated Press, appear to support federal and state lawsuits that accuse Navient of boosting its profits by steering some borrowers into the high-cost plans without discussing options that would have been less costly in the long run.

The education department has not shared the audit's findings with the plaintiffs in the lawsuits. In fact, even while knowing of its conclusions, the department repeatedly argued that state and other federal authorities do not have jurisdiction over Navient's business practices.

The AP received a copy of the audit and other documents from the office of Sen. Elizabeth Warren, D-Massachusetts, who has been a vocal critic of Navient and has publicly supported the lawsuits against the company as well as questioning the policies of the Department of Education, currently run by President Trump's Secretary of Education, Betsy DeVos. Warren is considered a potential presidential candidate in 2020.

Navient disputed the audit's conclusions in its response to the Department of Education and has denied the allegations in the lawsuits. One point the company makes in its defense is that its contract with the education department doesn't require its customer service representatives to mention all options available to the borrower.

However, the five states suing Navient — Illinois, Pennsylvania, Washington, California and Mississippi — say the behavior breaks their laws regarding consumer protection. The Consumer Financial Protection Bureau says in its own lawsuit the practices are unfair, deceptive and abusive and break federal consumer protection laws.

Of the five states that filed lawsuits against Navient, only Illinois and Pennsylvania were even aware of the audit, and they said they did not receive their copies from the Department of Education. The Consumer Financial Protection Bureau declined to comment on whether it had a copy of the report.

The Department of Education said withholding the report was intentional, repeating the argument it has made in court and in public that only it has jurisdiction over student loan servicing issues, through its Federal Student Aid division, or FSA, which oversees student loans.

"FSA performed the review as part of its own contract oversight, not for the benefit of other agencies," said Liz Hill, a Department of Education spokeswoman.

When student borrowers run into difficulties making payments, they can be offered forbearance, which allows them to delay payments for a set period of time. But under a forbearance plan, in most instances, the loan continues to accumulate interest and becomes a more expensive option in the long run.

The Consumer Financial Protection Bureau alleges in its lawsuit against Navient that between 2010 and 2015 Navient's behavior added nearly $4 billion in interest to student borrowers' loans through the overuse of forbearance. It is a figure that Navient disputes.

A 2017 study by the Government Accountability Office estimates that a typical borrower of a $30,000 student loan who places their loan into forbearance for three years — the maximum allowed for economic-hardship forbearance — would pay an additional $6,742 in interest on that loan.

"This finding is both tragic and infuriating, and the findings appear to validate the allegations that Navient boosted its profits by unfairly steering student borrowers into forbearance when that was often the worst financial option for them," Warren said in a letter to Navient last week.

As part of their inquiry, DoE auditors listened in on about 2,400 randomly selected calls to borrowers from 2014 to 2017 out of a batch of 219,000. On nearly one out of 10 of the calls examined, the Navient representative did not mention other options, including one type of plan that estimates the size of a monthly payment the borrower can afford based on their income. Auditors wrote that many customer service representatives failed to ask questions to determine if such a plan, known as an income-driven repayment plan, might be more beneficial to the borrower.

There is no public record of how many struggling borrowers serviced by Navient may have been impacted by these practices. In its most recent annual report, Navient says it services 6 million student loan borrowers, of which 12.7 percent are more than 30 days past due. That would be roughly 762,000 customers who are struggling in some fashion to pay their student loans.

If one out of every 10 of those customers were pushed into forbearance instead of an income-driven repayment plan, as the department's audit found, that would be 76,200 of Navient's borrowers.

The DoE report contains recommendations for how Navient could fix its practices but makes no mention of firm requirements or sanctions.

The education department's Federal Student Aid division decided to do a review of Navient's forbearance practices after the Consumer Financial Protection Bureau filed its lawsuit against the company in January 2017, department spokeswoman Hill said, to see if there were any compliance issues.

She said DoE officials came to the conclusion that Navient was not improperly steering borrowers. "Nothing in the report indicates forbearances were applied inappropriately — the observations noted focused on suggested improvements regarding how to best counsel" a small minority of borrowers, she said.

In response to questions over the 2017 audit, Navient pointed to the fact that nine out of every 10 borrowers on the calls were offered all their options and that this audit is just one piece of a broader story.

"This (audit), when viewed as a whole, as well as dozens of other audits and reviews, show that Navient overwhelmingly performs in accordance with program rules while consistently helping borrowers choose the right options for their circumstances," said Paul Hartwick, a company spokesman.

Navient, which split off from Sallie Mae, is a publicly traded company. In calls and presentations with investors, Navient has said a company priority is to lower its operational costs.

As a student loan servicing company, Navient has one primary operating cost: its employees, including the hundreds of customer-service agents who man Navient's telephones every day. The fewer customer-service agents Navient employs, the more money Navient puts in its pocket. Doing calls to determine whether a borrower should be in an income-driven repayment plan takes longer, student loan industry experts say.

In fact, that is exactly what Navient said in its response to the Department of Education's audit.

Seth Frotman, who was the highest-ranking government official in charge of student loans until he quit in August in protest over how the Trump-controlled Department of Education and Consumer Financial Protection Bureau were handling the issue of student loans, said Navient's response was outrageous.

"In short, Navient, when confronted with evidence of its bad practices, is telling the government, 'Pay us more money or take a hike.' And It looks like the Department of Education took a hike," Frotman said.

Ken Sweet covers banks and consumer financial issues for The Associated Press. Follow him on Twitter at @kensweet.