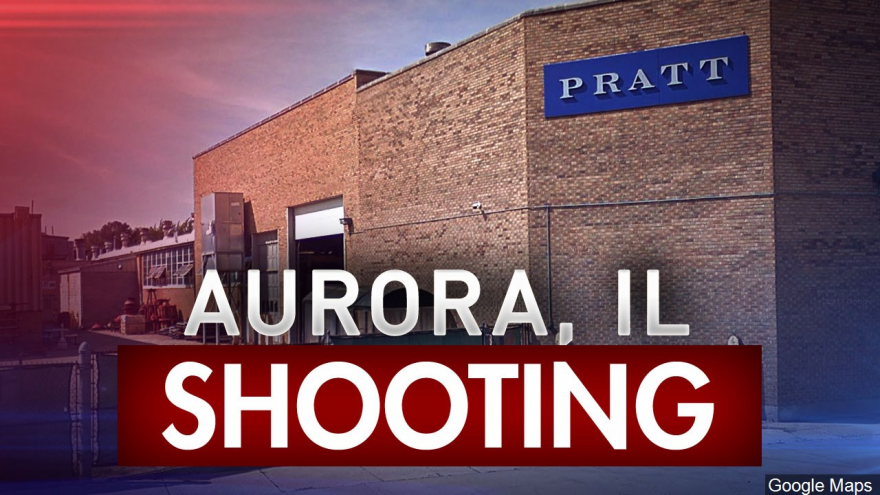 (CNN) -- Illinois gunman Gary Martin brought a pistol to his termination meeting at the sprawling Henry Pratt Co. in Aurora. When he found out he'd been fired Friday, he started killing the people in the room, authorities said.

After fatally shooting several people in the room at the manufacturing business he'd worked for 15 years, he stormed into the warehouse, witnesses said. There, he shot at more employees.

In a rampage that lasted about 90 minutes before police killed him in a shootout, Martin killed five people and injured six people -- including five officers.

"During this meeting he was terminated and my understanding from the witnesses is that he opened fire right after the termination," Aurora Police Chief Kristen Ziman said at a news conference Saturday. "We believe that several people who were involved in that meeting are the ones who are deceased." 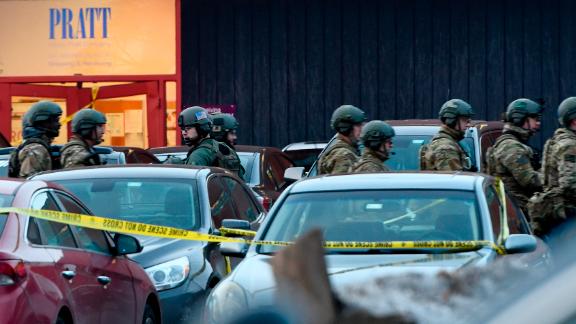 While it is not known whether the gunman knew he would be fired when he brought a firearm into his workplace, a company official said he had been going through a discipline procedure and had been written up before.

Scott Hall, the CEO of Mueller Water Products, which owns the Henry Pratt Co., said the company has a progressive discipline process that can result in termination.

"In order to be at the final step, he would have been through previous steps," Hall said. The gunman was being terminated for the culmination of various workplace rules violations, he said.

"The only thing I know is that he was called in," Ziman said. "Once again we can surmise that he was speculative about what was going to happen as evidenced by him arming himself with a firearm. ... I don't know exactly what was communicated to him."

Martin was "running down the aisle" gunning down people with a pistol that had a green laser sight on it, an employee told CNN affiliate WLS.

"As soon as I saw the green thing and heard the shots, we left," said John Probst, who has worked at the plant for 40 years. "He started opening up on the room, and he was just shooting everybody."

Probst said one of the victims who ran out with his arm bleeding told him the gunman "went ballistic."

Four minutes after the first call to 911, police officers arrived on the scene and came under immediate fire, possibly from a window, police said.

All those who were killed or hurt by gunfire -- except for the gunman -- appear to have been hit in the first few minutes of the incident, Ziman said.

The shooting stopped as Martin apparently hid deeper within the warehouse. He was found about an hour and a half into the hunt in a rear machine shop, police said. He opened fire and officers fired back, killing him, authorities said.

Police released details about the victims. They included a plant manager, a human resources manager, an intern on his first day, and two other workers who were gunned down in the attack. Another of the gunman's colleagues was wounded.

• Trevor Wehner of DeKalb, Illinois, a human resources intern and a student at Northern Illinois University.

The names of the five wounded police officers and the wounded worker -- all men -- were not immediately released. Of the wounded officers, four were shot and one had shrapnel wounds, police said.

At least three of the officers were still hospitalized Saturday, police said.

The gunman did not legally own the pistol he used in the attack, police said.

He had been issued a firearm owner's identification card, or FOID card, in January 2014, and in March of that year passed a background check and purchased a .40-caliber Smith & Wesson handgun from a dealer, according to Ziman.

But when he applied for a concealed-carry permit later that month, his fingerprints for another background check flagged him for a felony conviction, Ziman said.

Authorities discovered that the gunman was convicted of aggravated assault in Mississippi in 1995. Ziman said his concealed-carry permit was rejected and his FOID card was revoked. State police sent him a letter telling him to voluntarily relinquish his weapon to police, Ziman said.

How the gunman ended up keeping the gun will be part of the investigation of the incident.

More than 2 million Americans each year report being victims of workplace violence, according to the federal government. Many more cases go unreported.

"The point of termination is perhaps the greatest opportunity for deadly workplace violence," said Kathleen Bonczyk, the founder and executive director of the Florida-based non-profit Workplace Violence Prevention Institute.

Bonczyk said the firing of longer-term employees can involve the greatest risk.

"It's almost like a divorce from a family," she said. "Americans today tend to spend more time at work than they do even at home. They tend to have more lunches, dinners, meals, time spent with their coworkers. You're severing perhaps the most stable relationship that the employee may have."