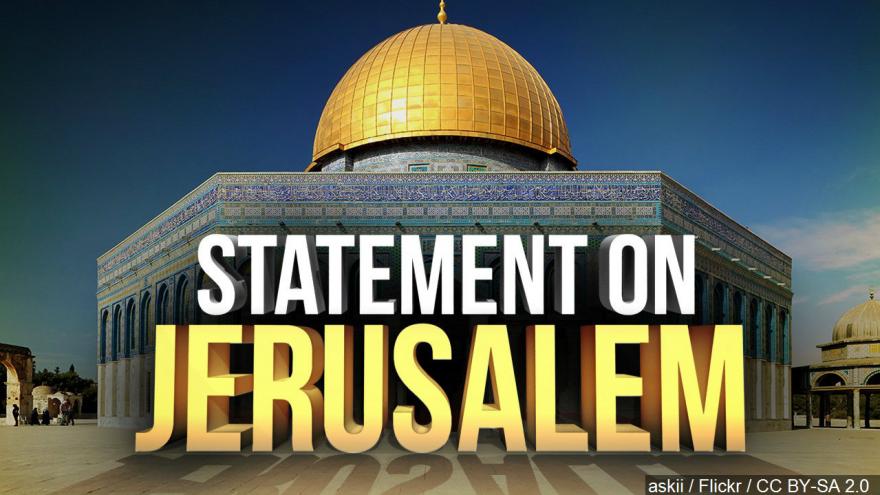 "The government has resolved that Australia's position is now as follows: Australia now recognizes West Jerusalem as being the seat of the Knesset [Israeli parliament] ... West Jerusalem is the capital of Israel," he said in a speech at the Sydney Institute.

Morrison noted that for now, the embassy won't move from Tel Aviv, but that may change later.

"We look forward to moving our embassy to West Jerusalem, when practical, in support of and after a final status determination," he said. "We've decided to start the work there now, to identify a suitable site for an Australian embassy in West Jerusalem."

Morrison emphasized that a two-state solution is the only way to resolve the dispute.

"A two-state solution remains the only viable way to resolve the Israeli-Palestinian dispute," he said. "The obstacles, we must admit, to achieving such a solution are becoming insurmountable."

Australia has resolved to acknowledge "the aspirations of Palestinians people for a future state with its capital in East Jerusalem," he added.

Australia's announcement regarding the capital of Israel differs from that of the United States a year ago because it refers specifically to West Jerusalem. When President Donald Trump made his announcement a year ago he made no such distinction between West and East, saying instead that the US recognized Jerusalem as Israel's capital.

"Jerusalem is the seat of Israel's government," Trump said in a video message during the opening. "It is the home of the Israeli legislature and the Israeli supreme court and Israel's Prime Minister and President. Israel is a sovereign nation with the right to determine its own capital, yet for many years we failed to acknowledge the obvious, the plain reality that Israel's capital is Jerusalem."

The division of Jerusalem into East and West dates from the 1949 armistice agreement that brought fighting between Israel and Arab powers to an end, and left the city divided. West Jerusalem was in the hands of Israel. East Jerusalem was in the hands of Jordan. A 1947 United Nations plan to divide Palestine in two, creating a Jewish state and an Arab state, had envisaged Jerusalem as an internationally run "corpus separatum," apart from the two states.

In 1967 Israel captured East Jerusalem in the Six Day War. It expanded the municipal boundaries of the city and declared all of it to be the unified capital of Israel.

Until Trump's announcement, the international community was largely united in not formally recognizing Israel's position, stating instead that only a negotiated agreement between the two sides could determine the city's final status.

The city is home to deeply holy sites for Jews, Muslims and Christians. The issue has been so thorny that negotiations between Israelis and Palestinians had left the question of Jerusalem to the final stages of any peace deal.