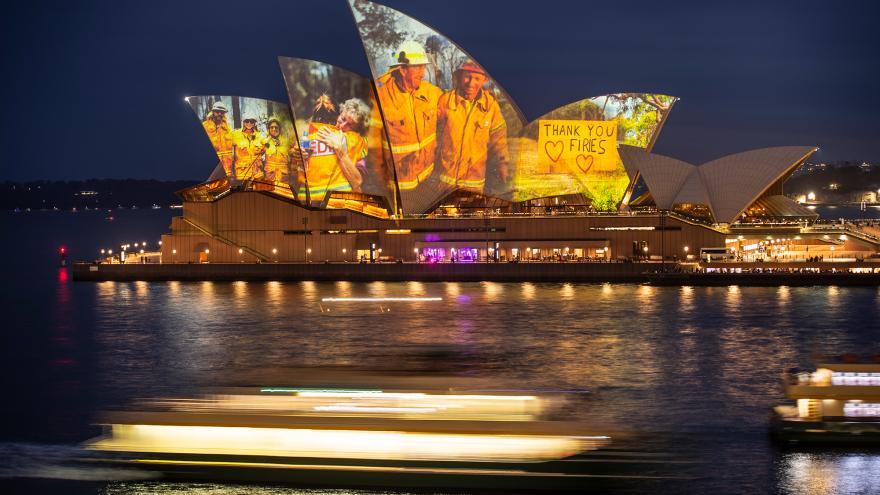 (CNN) -- Australia's beleaguered prime minister, Scott Morrison, has admitted there were things he "could have handled much better" in the bushfire crisis and will propose a royal commission into the disaster.

The prime minister has been heavily criticized for his tone-deaf interactions with fire-ravaged communities and inaction over climate change.

In a lengthy interview with the ABC's Insiders host, David Speers, Morrison said the fires had made his government "think a little harder" on how to provide comfort and consolation to the victims.

"These are sensitive environments, they are very emotional environments," said Morrison, adding that "prime ministers are flesh and blood too in how they engage with these people."

Morrison said he will now put a proposal for a royal commission into the fire crisis to Cabinet. The inquiry would look at how the government should respond and offer support to those affected.

Dozens of people have died, thousands of homes destroyed, and huge swathes of the country burnt in the blazes that began months before the official fire season even started, putting fresh scrutiny on the country's environmental policies.

Days before Morrison's interview, tens of thousands of Australians marched across several capital cities calling on the government to act on the climate crisis.

Morrison's government stands accused of trying to use accounting trickery to meet the country's emission reduction targets under the Paris Agreement -- targets that critics say are too low in the first place -- while it also commits to new fossil fuel projects.

Australia's current targets involve cutting carbon emission by 26 to 28% below 2005 levels by the year 2030.

Asked whether the country would alter its emissions target, Morrison told the ABC that his government "will continue to evolve our policies to meet our targets and to beat them."

But he added that he wanted to do that "with a balanced policy" that "recognizes Australia's broader national economic interests and social interest."

Morrison has also faced heavy criticism for taking a pre-Christmas family holiday in Hawaii -- something he cut short to return and deal with the fire crisis.

"In hindsight, I would not have taken that trip knowing what I know now," he said.

His return was met with fury by residents in the fire-ravaged town of Cobargo in the state of New South Wales earlier this month.

"You won't be getting any votes down here, buddy. You're an idiot. Who votes Liberal round here? Nobody. No Liberal votes. You're out son. You are out," one man said, referring to Morrison's conservative party, according to footage from CNN affiliate Nine News.

Another woman said she would only shake his hand if he agreed to give more money to the country's volunteer firefighters. The embarrassed Prime Minister could do nothing but get back in his car and drive away.

For now, bushfires have eased slightly, according to the News South Wales Rural Fire Service.

But with weeks of the Australian summer still left, the risk is far from over.