Authorities are piecing together what happened to Paislee Shultis, who was found alive under a staircase. Here's what we know 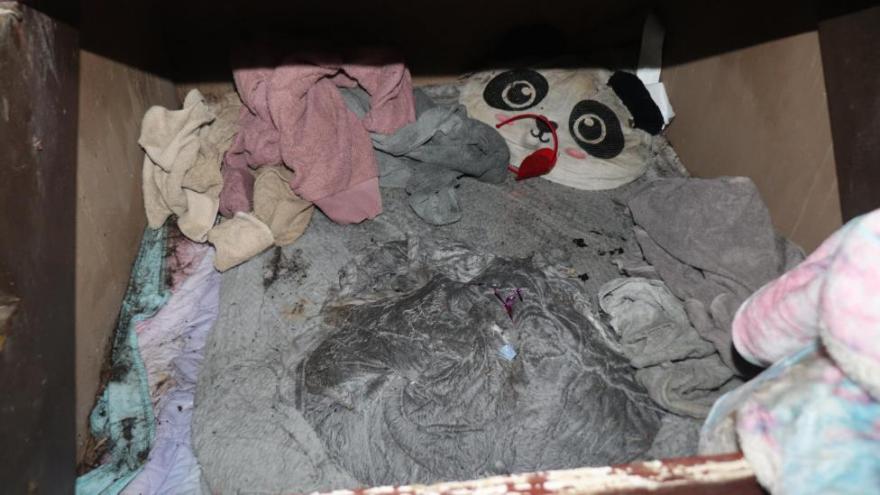 Here's what police found in the hiding spot where Paislee was discovered.

(CNN) -- Paislee Joann Shultis, the young girl who was reported missing two years ago, was found hidden with her mother under the staircase of a New York home.

Throughout their yearslong investigation and search for the child, detectives had visited the house several times, but it wasn't until a critical tip this week that authorities were able to get a search warrant and go into the home's basement, where they discovered the missing girl.

Paislee, now 6, was released to her legal guardian and reunited with her older sister, police said Tuesday. She is in good health, but has missed out on important experiences like attending school, police said.

Her mother, father and a third man have been charged. An attorney for one of the three defendants has urged for patience until "the facts come out."

Here's what we know so far.

Police had visited a key home nearly a dozen times

The child was reported missing on July 13, 2019, from Cayuga Heights, a village on the outskirts of Ithaca in upstate New York.

At the time, she was believed to have been abducted by her parents, Kimberly Cooper and Kirk Shultis Jr., who did not have custody of her, the Saugerties Police Department said in a news release this week. Police chief Joseph Sinagra confirmed to CNN the two are Paislee's biological parents.

In the early days of the investigation, the girl's father denied knowledge of her whereabouts, and he told police Cooper had taken their daughter and fled to Philadelphia, the news release added.

Several of the tips authorities received in the past two years led them to a home in Saugerties, a town that is about 160 miles east of Cayuga Heights. But without a search warrant, officers were often denied entry and were allowed only "limited access" on a few occasions, the chief said.

"We'd been at the home ... almost a dozen times over a two-year period to follow up on leads," Sinagra said. Kirk Shultis Sr and Jr. would give officers limited access, police said, and would not allow them into the bedrooms or basement area.

And each time, they denied knowing anything about the child, the chief said, adding, "They lied to us for two years, including the father, stating that he had no idea where his daughter was."

An important tip led to the girl's rescue

This week, an individual gave authorities the information they had been looking for to obtain a search warrant for that home, the chief told CNN.

"This tip was fresh, it was factual, the information provided was corroborated," he said. Though authorities had received other information about the home previously, Sinagra said, they were not able to execute search warrants "on hearsay." Police did not say what the tip was or whom it came from.

But as soon as police received that piece of information, they took action.

"We immediately sent uniformed police officers to the residence and they stationed themselves outside the residence at around 4 o'clock" on the afternoon of February 14, 2022, he said.

What detectives found in the house

For the first time, detectives were able to search every room in the house and go to the basement, where the police chief said they found what resembled an apartment.

"There was a kitchen, there were bedrooms, a living room area. One of the bedrooms was devoted to Paislee. It had her name on the wall, there (were) clothing items that were spread about the bedroom, the bed had appeared to have been slept in," Sinagra said.

The residents told police the girl was not at the home, and said they had set up the room that way in case she ever returned.

The child's room was also near a staircase, under which police would eventually discover the young child and her mother hiding. A detective made the discovery after noticing something was odd about the stairs, and after a closer look saw a blanket between the cracks, the chief said.

"So they grab some tools and they start dissembling the staircase. And as they're removing the steps off the staircase, they see a set of feet, little feet," the police chief said.

In that hiding spot, police also found blankets, a pillow, and clothing items, the chief said, adding it was apparent that location had been used more than once.

"It is our opinion, based on our investigation, that that location was used probably each and every time that we sent an officer to the residence to follow up on a lead,' he said.

Cooper was charged with two misdemeanors: custodial interference in the second degree and endangering the welfare of a child. Carol K. Morgan, an attorney for Cooper, said, "We should all wait until the facts come out. Everyone should be patient before they draw their own conclusions."

Kirk Shultis Jr. and Kirk Shultis Sr. were each charged with custodial interference in the first degree, a felony, and endangering the welfare of a child, a misdemeanor. Lawyers for the two declined to comment.

Hearings for all three were held Wednesday and their cases were adjourned for a later date.

Sinagra told CNN that Cooper and Shultis Jr. lost custody of Paislee and her sister in 2019, before the disappearance. A legal guardian was granted custody, the chief said.

"Depending on what the reason was why Paislee and her sister were removed from their mother and father's custody, that may have been rectified by now," he said. "Whatever that deficiency was, may have been corrected and those parents may have had full custody of their children today but this is going to be a major setback for them."

What we know about the girl's condition

While police searched the home, Paislee did not make a sound, Sinagra said.

"Not a word, until they were fully exposed," he said, adding that when she was eventually discovered by police, the child was upset.

"I'm sure that when she saw several of our officers, who were heavily armed ... that was somewhat traumatizing to the child."

"We don't know what Paislee lived with for the past two years and we don't know what kind of damage may have been done because of the conditions that she had to live under," the chief said. "She was separated from her sibling, she didn't function like a normal child, as far as having the ability to go to school."

Police have not shared any details about the guardian Paislee was released to, or the nature of their relationship.