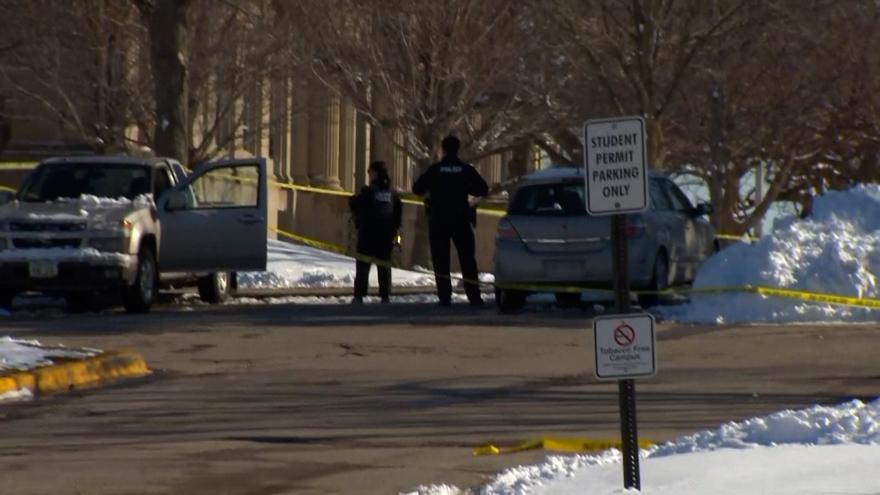 Des Moines police have confirmed that there has been a shooting outside of East High School Monday afternoon.

(CNN) -- One teen is dead and two remain hospitalized after a shooting Monday outside a high school in Des Moines, Iowa, police said.

The deceased victim was identified as a 15-year-old boy who was not a student at the school. The other two victims -- a 16-year-old girl and an 18-year-old woman -- were students at the school, police confirmed Monday night. The two are in critical condition.

The gunfire appears to have come from a passing vehicle, police said.

The incident is at least the 13th shooting at an American campus with K-12 students in 2022, according to a CNN tally. It is the fourth homicide in Des Moines, police said in a news release.

Upon arrival, police found the three with gunshot injuries. All were taken to area hospitals.

Police detained potential suspects, Parizek said. No charges have been filed at this time, the release said.

The school went under lockdown for more than 40 minutes, but students were later dismissed around 3:30 p.m. when police gave an all-clear, according to a statement from Des Moines Public Schools.

The Bureau of Alcohol, Tobacco, Firearms and Explosives (ATF) of Kansas City is on scene providing assistance in the investigation, the agency tweeted. Other agencies assisting with the investigation include the Iowa State Patrol, Polk County Sheriff's Office, the FBI and the Des Moines Public Schools Department of Public Safety.