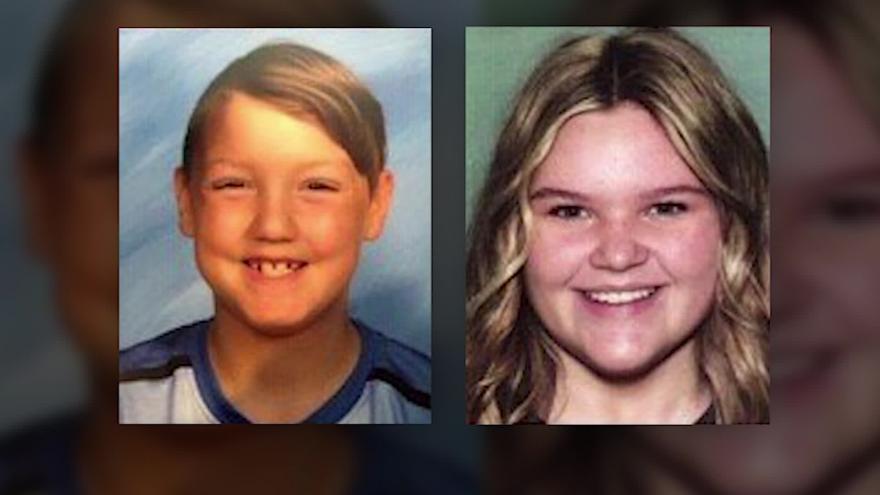 It's unclear what led authorities to obtain the warrants.

Police began searching for Joshua "JJ" Vallow, 7, and Tylee Ryan, 17, in November after learning that they had not been seen or heard from since September.

Investigators don't believe the children are with their mother, Lori Vallow, but they think she knows where they are or what happened to them, Rexburg Police said.

She has refused to cooperate with police and has left the state with her husband, Chad Daybell, police said in a statement on Monday.

"We publicly call on Lori Vallow/Daybell and Chad Daybell to do the right thing and come forward with the information they have about the location and welfare of Joshua and Tylee," the statement said.

An attorney for the family, Sean Bartholick, released a statement to East Idaho News on December 23 saying that while he is in contact with Vallow and her husband, Chad Daybell, he does not have information about the children.

Police conducted a welfare check for Joshua -- Vallow's adopted son with her previous husband -- on November 26 after relatives raised concern because they hadn't heard from him. During the welfare check, both Daybell and Vallow told investigators that Joshua was staying with a family friend in Arizona. When police returned the next day to execute a search warrant, Daybell and Vallow had fled the home, according to authorities.

Earlier this week, police said they have learned that Daybell and Vallow told witnesses that Tylee had died a year before her father's death, which investigators say is not true. Daybell told another witness that Vallow had no minor children, according to police.

Police said they have not filed charges in the case yet because they are focused on finding Joshua and Tylee.

"Our primary concern at this point is simply locating Joshua and Tylee and charging decisions will be made in due course based upon the evidence available," the release said. "If we find that harm was done to these children within our jurisdiction, we will prosecute whoever caused that harm."