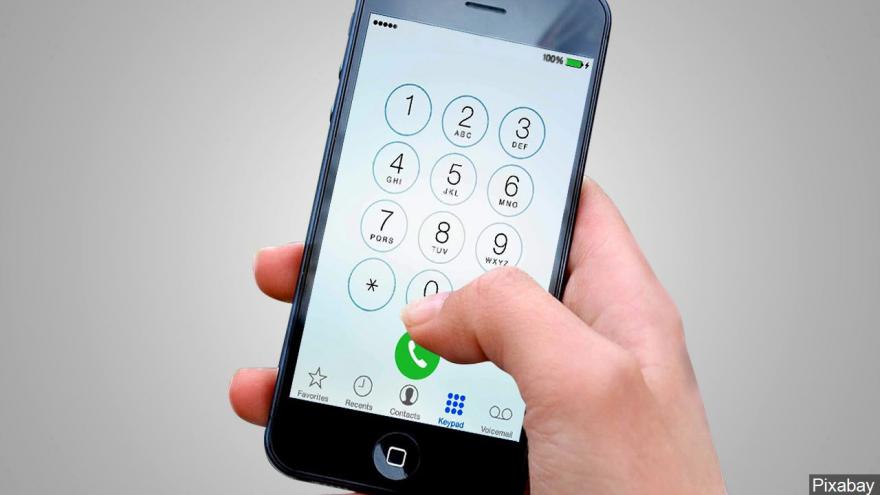 (CNN) -- Authorities say they thwarted two potential attacks on schools this week, thanks to tips from concerned citizens.

In Oklahoma, an 18-year-old woman was arrested Sunday after authorities said she threatened to shoot up her former high school. Her co-worker turned her in.

And in Washington state, a 17-year-old boy was arrested Tuesday after his mother alerted authorities to journal entries that detailed his plans to attack his school.

These two cases are the latest in a series of potential attacks foiled by people close to possible perpetrators.In August, authorities announced they uncovered three plots to carry out mass shootings thanks to such information.

Authorities are attributing their success to a strategy increasingly advocated by some experts: When you see something, say something.

Saying something is the first line of defense, experts say

Training people to recognize warning signs that could prevent tragedy is a driving principle of Sandy Hook Promise, the nonprofit formed following the 2012 shooting at Sandy Hook Elementary School in Newtown, Connecticut.

"Say Something," one of the organization's signature programs, trains students to look for signs that someone might be at risk of hurting themselves or others and tell a trusted adult. They can also submit anonymous tips through an app, a telephone hotline or a website.

Some of the warning signs that Sandy Hook Promise recommends students look out for include seemingly obvious ones, such as overt threats of violence, talk of bringing weapons to school and recruiting others to join them.

But a back-to-school checklist released by the organization also includes signs such as suddenly withdrawing from people or activities, expressing hopelessness about the future and changing their personal appearance dramatically.

The tips submitted by students go through a crisis center staffed by trained professionals who might dispatch first responders to a scene if necessary, or otherwise connect with the appropriate people in a community to address the issue at hand.

"It really speaks to the heart of prevention," Mark Barden, co-founder and managing director of Sandy Hook Promise, said. "By empowering students with the training and the tools to look out for at-risk behavior, we can prevent the tragedy before it happens."

Authorities are seeing an increase in tips from the public

It's difficult to determine how many incidents of gun violence or other attacks have been prevented because, well, they never happened.

But some organizations and agencies are reporting a high volume of tips from the public.

Sandy Hook Promise said it has received more than 30,000 tips since April 2018. According to Barden, almost all of the tips were legitimate -- as opposed to false reports or hoaxes.

"There are a growing number of tragedies that will never happen because students were empowered to follow the model and got somebody connected to help before it became a tragedy," Barden said.

The FBI received more than 38,000 tips during the first full week of August after mass shootings in El Paso, Texas, and Dayton, Ohio, a bureau official said. That number was up from the FBI's average of 22,000 tips per week this year, though not all of those tips are actionable and some are not really tips at all.

Critics argue it's not a real solution to gun violence

Not everyone agrees that encouraging people, especially students, to be on heightened alert is an appropriate strategy.

Critics of Sandy Hook Promise's "Say Something" program and similar approaches say that the strategy places an unfair burden on children and exposes them to unnecessary trauma.

Patrick Blanchfield, an associate faculty member of the Brooklyn Institute for Social Research who writes about gun violence, said that teaching kids to be hypervigilant is "something we feel like we can do" rather than a real solution to the problem of gun violence.

"What we're basically asking kids to do is fill in these gaps," he told CNN.

Blanchfield also added that Sandy Hook Promise's back-to-school checklist encourages students to report behaviors that are considered normal for adolescents, and that he was concerned about what that could mean for struggling students who don't have violent intentions.

Katherine Newman, interim chancellor at the University of Massachusetts Boston and the author of "Rampage: The Social Roots of School Shootings," said that encouraging people to come forward with information and other solutions to the gun violence problem aren't mutually exclusive.

It's extremely important, she said, for people to have safe mechanisms through which to report concerns about potential violence in their communities.

"They are the best source of information by far, and if we don't give them a way of [reporting threats] that is confidential and leads to thoughtful response, then we cut ourselves off from the only source of information that actually does have a chance of being preventative," Newman said.