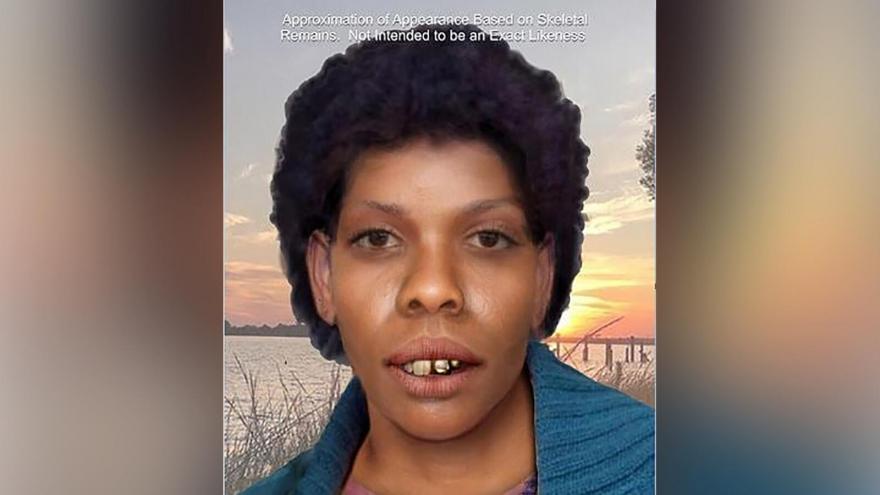 Nearly 44 years after hunters discovered human remains near a Mississippi highway, authorities have identified the victim as Clara Birdlong, who they believe was killed by Samuel Little, America's most prolific serial killer.

(CNN) -- Nearly 44 years after hunters discovered human remains near a Mississippi highway, authorities have identified the victim as Clara Birdlong -- who they believe was killed by Samuel Little, America's most prolific serial killer.

The announcement was made Tuesday by the Jackson County Sheriff's Department. Little died last year at age 80 while serving three consecutive life-without-parole sentences for the deaths of three women in the late 1980s -- but he had confessed to 93 other killings between 1970 and 2005, according to the FBI.

He targeted women, often of marginalized and vulnerable communities, many of whom were involved in prostitution or suffering from drug addiction and whose bodies sometimes went unidentified and their deaths were not investigated.

"I'd go back to the same city sometimes and pluck me another grape," Little once said in an interview with investigators that was obtained by The Washington Post. "How many grapes do you all got on the vine here?" he said, adding that he would avoid "people who would be immediately missed."

"I'm not going to go over there into the White neighborhood and pick out a little teenage girl," Little had said, according to The Post.

Two years prior to his death, Little had confessed to multiple murders across the Southeast, including the killing of "Escatawpa Jane Doe," whom he had said he did not know by name. The sheriff department's statement did not provide details about the confession and the crime.

In Birdlong's case, hunters found the skeletal remains of the victim, who had been known as "Escatawpa Jane Doe," in December 1977, the sheriff's department said. Investigators learned that Little was arrested in Pascagoula, Jackson County's seat, in August 1977 for petit theft.

A medical exam back then found the remains belonged to a "small in stature African American woman, with a distinctive front gold tooth and possibly wearing a wig" who was likely killed three or four months prior, according to the sheriff's department.

How investigators identified the victim

Over the years, there were several attempts to identify the woman -- including with the help of facial reconstructions, computer composites and DNA analysis. None were successful -- until January 2021, when Othram, a Texas DNA research facility, was contracted by Mississippi authorities to create a family tree based on the victim's DNA.

There was a hit from the DNA: a possible distant cousin of the victim who was living in Texas, according to the sheriff's department.

An investigator found the cousin and talked to her 93-year-old grandmother, who said Birdlong, born around 1933, went missing from Leflore County, Mississippi, in the 1970s, the department said.

Another cousin in Texas who remembered the woman's disappearance in the same time period, said Birdlong went by the nickname "Nuttin," had a gold front tooth and wore a wig.

A woman in Leflore County -- where family members said Birdlong went missing in -- said she remembered the woman left the county in the 1970s with an "African American man who claimed to be passing through Mississippi on his way to Florida," the sheriff's department said.

"Clara was never seen or heard from again," the department said.

Earlier this month, an investigator requested DNA samples from several people who were closely associated with Birdlong to compare DNA. With the help of the Texas lab, officials confirmed the DNA was a match to the grandmother authorities had spoken to, the sheriff's department said.

Her cause of death remains undetermined, the sheriff's department said.

Little is considered a prime suspect in Birdlong's death, the department said.