1 dead, 1 injured in shooting at fire station in California 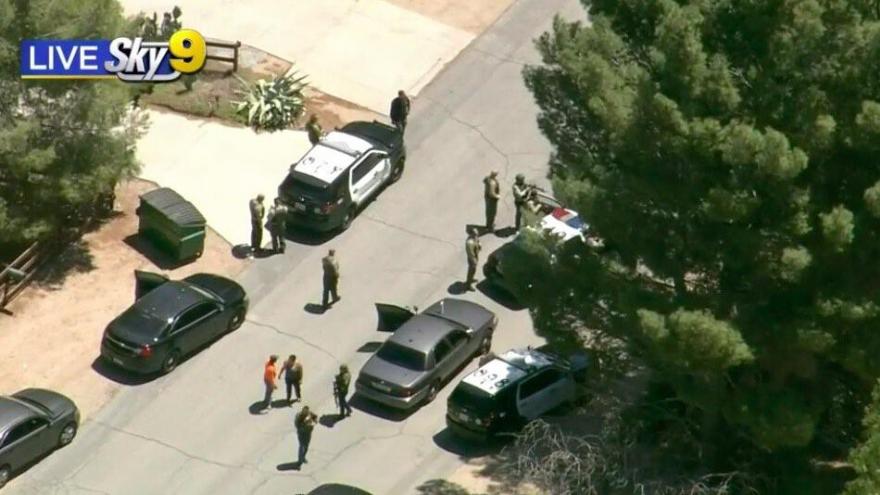 The off-duty employee, a firefighter specialist and engineer, was found dead in a burning home about 10 miles from the scene of the shooting, officials said. Officials did not identify the victims or the suspect.

Upon arrival, first responders found a 44-year-old man with gunshot wounds to his torso who was pronounced dead at the scene, said Brandon Dean with the Los Angeles County Sheriff's Department homicide bureau.

The man was a firefighter specialist and engineer who's been with the department for more than 20 years, Osby said.

An LAFD captain, 54, was found with gunshot wounds and taken to a local hospital where he remains in critical, but stable condition, Osby said.

"As a fire chief, I've dealt with a lot of death and lot of fallen members of our department and I always prayed we would never have a line-of-duty death," Osby said through tears. "I never thought that if it occurred it would occur in this fashion."

The suspected gunman was not scheduled to work Tuesday, Osby said. The shooter and two victims all worked different shifts, Osby said.

Based on witness testimony, Dean said investigators received a name and vehicle description of the suspect, which led them to a residence about 10 miles away in Acton. The home was on fire when authorities arrived, Dean said.

Members of a Los Angeles County Sheriff's SWAT team were seen being dropped into the scene of the fire via helicopter, according to aerials provided by CNN affiliate KABC-TV.

In the process of fighting the fire, deputies saw a man in a pool with a fatal gunshot wound to the head.

"We feel fairly confident that is our shooter, but we can't say with 100% certainty," Dean said, adding that it's unknown if the suspect's wound was self-inflicted. No deputies fired at the suspect.

"This is very early on, the actual motive we're unsure of," Dean said.