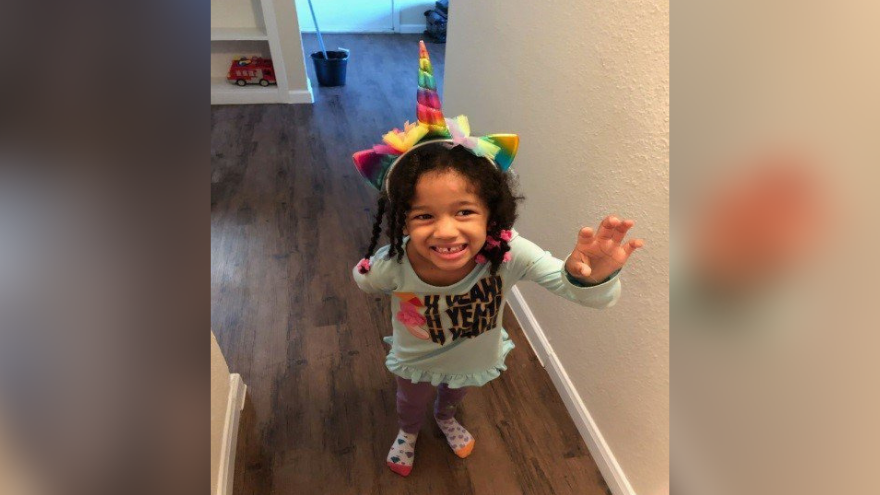 (CNN) -- Authorities have located the vehicle that 4-year-old Maleah Davis' stepfather was driving the night she went missing.

The car, a silver Nissan Altima, was found Thursday morning at a Wal-Mart in Missouri City, Texas, just outside of Sugar Land, according to Tim Miller, the director of Texas EquuSearch, a search and rescue organization.

"I think this is going to give us an idea," Miller told CNN. "They'll process it and see what clues it can give."

Maleah was not in the car, Miller said.

Maleah's stepfather, Darion Vence, reported on Saturday that he was on the way to the airport with Maleah and his 1-year-old son to pick up Maleah's mother from the airport. On the way, he pulled over to investigate a "popping noise," he told police, and was knocked unconscious by three strangers who pulled up in a blue pickup truck.

When he woke up a day later, Maleah was gone.

The car Vence was driving en route to the airport had been missing up until now, according to police.

Their only lead was an image captured by a traffic camera that showed the Altima driving through an intersection in Sugar Land just before 3 p.m. on Saturday, several hours before Vence said he woke up and discovered Maleah was missing.

CNN is attempting to reach Vence for comment. No one has been arrested or charged in the girl's disappearance.

Among those looking for answers in Maleah's disappearance is her father, who wants Vence to tell him directly what happened the night she went missing.

"His story did not add up," Adolph told CNN Wednesday, without elaborating.

Asked for clarification Thursday, Adolph said he couldn't go into specifics, but "the substantive details of what he described to us changed."

"I can say that fundamental parts of his story changed throughout the course of our initial interview," Adolph said.

Maleah is about 3 feet tall and weighs 30 to 40 pounds. She was last seen wearing a light blue Under Armour jacket, blue jeans and gray Under Armour tennis shoes with pink and white details.

As police look for the girl, Davis is left to wait.

"I haven't spoken to the public because I can't talk about my daughter. I can't control my emotions. I can't predict myself. I break down and I cry," he said.

Maleah had undergone three head surgeries due to an injury, and her father remarked on the strength she has shown throughout the ordeal.

"Even in pain, even in her injury, my daughter went through everything she went through and it did not change anything about her," he said.