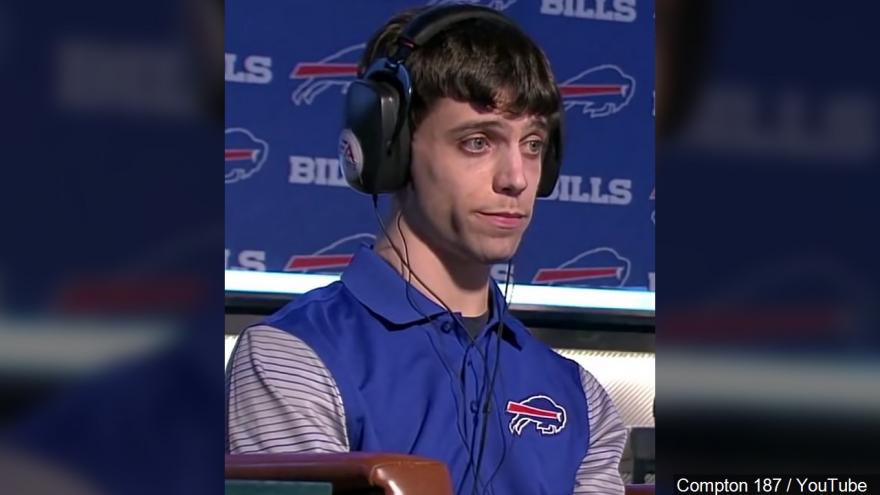 JACKSONVILLE, Fla. (AP) — The latest on a deadly mass shooting at a video game tournament in Jacksonville, Florida.

Authorities have released the names of two men killed in a shooting rampage at a video game tournament in Florida.

Relatives of Clayton read a statement to reporters in Jacksonville. A cousin, Brandi Pettijohn, said the family was "devastated by yet another senseless act of gun violence." She said Clayton "did not believe in violence."

"He never even had a fistfight."

Pettijohn said Clayton made a good living playing in video game tournaments and was saving money for college.

Investigators say the suspect in the deadly shooting at a Florida video game tournament specifically targeted other gamers.

Jacksonville Sheriff Mike Williams said during a news conference Monday that video surveillance of the shooting shows Katz walk past other patrons at a pizzeria and head to a back room where the tournament is being hosted before he opens fire.

Williams says Katz carried two guns during the shooting but appears to have only fired one. Investigators say the guns were purchased legally in Baltimore from a licensed dealer.

Court records obtained by The Associated Press show that Katz had been hospitalized for mental illness.

Divorce filings from the parents of Katz say that as a teenager he was twice hospitalized in psychiatric facilities and that he was prescribed anti-psychotic and anti-depressant medications.

The records show Katz's parents disagreed deeply on how to care for their troubled son. Katz's father claimed his estranged wife was exaggerating symptoms of mental illness as part of the couple's long-running and acrimonious custody battle. They divorced in 2007.