Autopsy shows Patrick Lyoya was shot in the back of the head after encounter with officer, family attorneys say 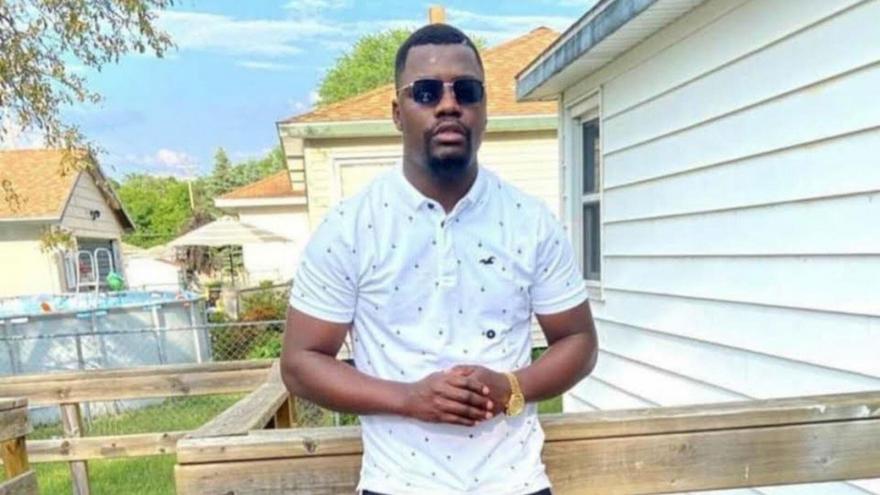 Autopsy shows Patrick Lyoya was shot in the back of the head after his encounter with officer, family attorneys says.

(CNN) -- An autopsy commissioned by Patrick Lyoya's family shows the 26-year-old was shot in the back of the head following an April 4 encounter with a Grand Rapids, Michigan, police officer, attorneys representing the family said Tuesday.

Lyoya and the officer, who has not been publicly identified, had a physical encounter following a traffic stop.

"Today, based on scientific evidence, we can confirm that Patrick Lyoya was shot in the back of his head," attorney Benjamin Crump said Tuesday in a news conference. "That is now scientific evidence of this tragic killing and what his family believes was an execution."

Forensic pathologist Dr. Werner Spitz, who performed the autopsy, attended the news conference to present his findings. Lyoya "died as a result of a single gunshot wound with entrance wound in the back of the head," he said.

According to Spitz's report, which was read aloud by Crump, Lyoya "was conscious and aware of the fact that a gun was being held to the back of his head. Death was instantaneous when the gun was fired."

Spitz reported there were no other injuries found in the autopsy, a fact family attorney Ven Johnson said was significant because it indicated Lyoya was not actively fighting the officer. If he had, there might have been other defensive wounds, he said.

Lyoya "was resisting ... but he was not actively fighting this officer, hence you have no physical injuries to the knuckles, face, body, etc.," Johnson said.

An official death certificate, including the cause and manner of Lyoya's death, has yet to be released. The report has been prepared, Kent County Chief Medical Examiner Dr. Stephen D. Cohle said in a statement last week, but it won't be completed until the results of toxicology and tissue tests have been received from a contracted laboratory.

"Once the report is finalized, it will be turned over to the Michigan State Police," a statement said, adding the death certificate won't be publicly available until state police conclude an investigation.

Lyoya's death, like those of other unarmed Black men at the hands of police, prompted protests, with demonstrators chanting, "Justice for Patrick."

Lyoya's family has called for the officer to be prosecuted. The officer is on paid leave and his police powers have been suspended, the Grand Rapids Police Chief Eric Winstrom has said.

The officer involved in the shooting will not be identified publicly unless there are criminal charges, Winstrom said last week.

The encounter can be seen in videos captured from various cameras -- including a police body camera, the police vehicle's dashcam, cell phone and a home surveillance camera. Those videos were released by Grand Rapids police last week.

Lyoya was driving when authorities say a Grand Rapids police officer pulled him over just after 8 a.m. ET for improper registration.

The footage begins with the officer walking toward the car. Lyoya is seen exiting the vehicle and is instructed by the officer to get in the car and asks him if he has a driver's license, the video shows.

Lyoya responds that his license is in the car, opens the driver's side front door and speaks to an unidentified passenger in the car. He then shuts the door, according to video footage, turns his back to the officer and appears to walk toward the front of the car.

"No, no, no, stop, stop," the officer is heard saying. He then puts his hands on Lyoya's shoulder and back. Lyoya is seen resisting the officer's touch and quickly backs away from the officer, running away before the officer tackles him to the ground and tells Lyoya to "stop resisting."

The video shows Lyoya getting up and standing, the officer drawing and then deploying a Taser.

"Let go of the Taser," the officer is heard saying on his bodycam video.

At this point, the officer's body-worn camera was deactivated. Winstrom said it takes pushing a button for three seconds to turn off the body camera, adding he thought pressure from Lyoya's body caused the deactivation.

Another angle of the incident, taken from a neighborhood home surveillance camera, captures the rest of the altercation. The officer is heard shooting Lyoya, according to audio from the video. The cell phone video also shows the fatal shot.

Taken together, the fact Lyoya suffered no other injuries and was shot in the head suggests the encounter was not one that warranted deadly force, Johnson told reporters.

Crump echoed that, saying, "this was an unnecessary killing of an unarmed Black man who was shot in the back of the head."