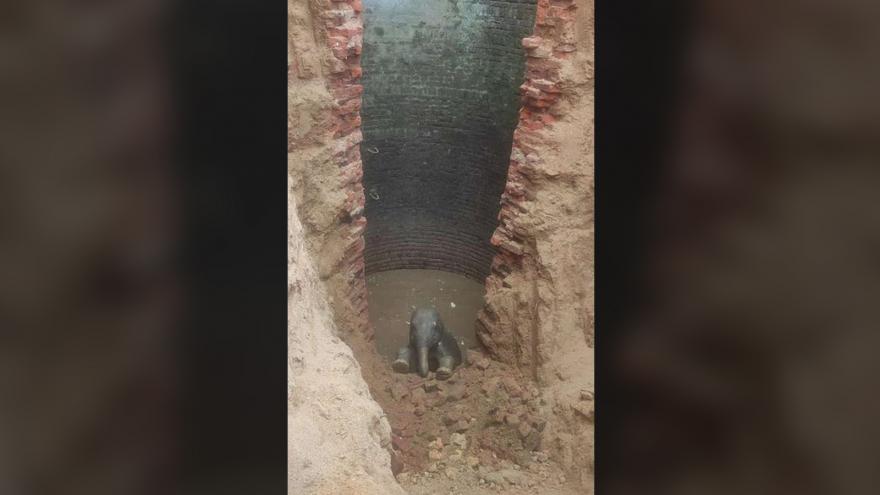 (CNN) -- A baby elephant's misadventure turned into an elaborate rescue mission in a small Indian village after it fell into a well nearly 30 feet (9 meters) deep.

The calf was among a herd of elephants to enter Nimatand village from the nearby forest, in Giridih district in the eastern state of Jharkhand, late on May 2. Villagers shooed away the herd, but discovered the calf at the bottom of the well the following morning.

"Unfortunately, in the dark of the night, roughly around 9 p.m. local time, an elephant calf fell into the well," said local government official Shashikant Verma, who photographed the rescue.

"The (water) level wasn't high enough, but the calf got some buoyancy after falling and didn't get any injuries."

Villagers alerted the local forest department, which launched a rescue operation using three backhoes. Officials demolished an entire side of the well wall, eventually cutting a ramp into the earth to allow the calf to walk out on its own instead of being lifted vertically.

Eight hours later, the calf stumbled out of the well, covered in mud and dust.